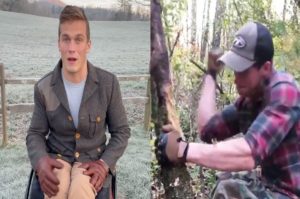 It’s no secret that the GOP has been privately (and publicly) rooting for North Carolina Rep. Madison Cawthorn to lose his primary election coming up on Tuesday. If you didn’t know this, a quick Google search of “Madison Cawthorn in lingerie” or “Cawthorn humps his cousin’s face” can give you some deeper insight into how badly the GOP has wanted him to lose.

With less than a week until Election Day in NC, Republicans have been scrambling to figure out what they’re going to do if the freshman congressman happens to prevail in his reelection bid. For starters, they’ve considered less favorable committee assignments along with warnings of further stringent punishments should Cawthorn’s controversial escapades continue, per CNN’s reports with interviews conducted with over a dozen House Republican lawmakers.

It seems that even the more Trump based side of the Republican conference blatantly told reporters that Cawthorn has been warned that if he continues down the same path that the GOP would call for him to be removed from the conference if he breaks the law again. Republicans seem to be furious over Cawthorn’s shenanigans like attempting to bring a firearm onto a plane twice and being caught driving with a revoked license twice in the last five years in NC. One Republican lawmaker told reporters, “And I don’t mean kicked out of (the House Freedom) Caucus, I mean kicked out of Conference. Voting him out. He’s a black eye on our conference.” As of the reporting of this story, it still seems that these methods of ousting Cawthorn have still yet to be discussed, or approved, by the caucus’s leadership; but a number of members have been throwing the idea around — and it’s picking up traction. This demonstrably shows the House Republicans’ frustration with Cawthorn increasing over the last couple of couple of months.

Cawthorn’s spokesperson responded to statement requests, stating “We’re declining to participate in this piece,” spokesman Luke Ball wrote in an email. It’s also been reported that members have told Cawthorn to “get his act together” or face the repercussions of failing to do so. The uproar really sparked after Cawthorn went on a podcast claiming that his colleagues had invited him to cocaine fueled orgies. It’s also been rumored that he may not be invited back to the House Freedom Caucus next year, even if he is re-elected. The source emphasized how the group is “invite only” and focused on the fact that Cawthorn will have to “own up to his mistakes” if he expects to be apart of the group.

It’s looking like Cawthorn’s future within is own party is uncertain for the once GOP rising star. He is becoming increasingly isolated as more House Republicans continue to distance themselves from the party’s now biggest nuisance. If the reports are correct, it doesn’t look like Cawthorn’s troubles will end anytime soon even if he does manage to clinch the GOP nomination for his seat.