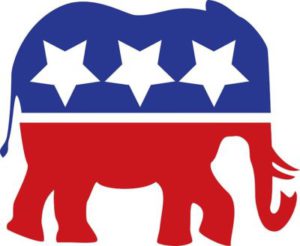 What began as a way to ensure workers the ability to earn the most basic of incomes, yet provide for themselves and a family, has become little more than a pawn in today’s partisan politics game. Increasing steadily since 1938, a minimum wage worker through the years, could work part-time, save for school- heck, even put themselves through college, things began to stall in the ‘80s.

Then President Reagan, began to lobby against minimum wage increases and it soon became part of the GOP agenda moving forward. Including today. Despite inflation and a rising cost of living, the federal minimum wage has been at a standstill. To the detriment of hard-working Americans everywhere.

With the costs of basic necessities like groceries, housing and utilities rising past the threshold of affordability that many making even 3 times more than the $7.25hr minimum, the call for an increase to $15hr has gained widespread momentum and support over the past couple of years. Intensified by the spread of Covid-19, a highly contagious and sometimes deadly virus, that shut down the world. Exposing a system that was fragile to begin with and riddled with inequities.

But even with a rise in evictions, overwhelmed food banks and food insecure households working 2-3 jobs to barely survive, those in the GOP are still using the same fear mongering talking points popularized by Reagan to stifle the growth in income for those working for the bare minimum.

But while claiming in one breath that $15hr is ‘just too high’, what they fail to mention is that they had the opportunity to do a small increase in 2013, to $9hr, at the urging of President Barack Obama. They refused. That small $1.75 increase would have set us on pace to keep up with inflation and allow minimum wage workers to survive the rising cost of living as well.

But instead gaslighting and wild theories on the utter doom and collapse that would befall small business and the country if we were to give low-income earners a livable wage. Let’s take a look at some of these theories.

#1 – Raising the minimum wage will cause massive unemployment

Truth – It’s been theorized that approximately 1.4M jobs will be lost if the minimum wage is increased, what’s left out is almost the same number of workers will be lifted out of poverty. Also taking into account the quality of those jobs, and how many of them are actually second jobs that a worker will no longer need because he can afford to live on just one. While it may be vacant in the short term, it leaves a position open for another employee to fill.

#2 – Minimum wage will be raised overnight, putting small companies out of business

Truth – The $15 minimum wage will be phased in over 5 years, beginning in June of this year. Giving companies time to make adjustments. I also assume that every employee of every company didn’t just start that day, so many will be making above $7.25 already, if they have been working there for any particular length of time. Any company worth its salt knows that you get what you pay for. Higher pay means harder working, more dedicated employees. Low turnover means less paperwork and increased productivity.

#3 – Cost of goods and services will go up

Truth – Not necessarily. When people make more, they spend more. This boosts the economy as a whole. Goods and services previously deemed unaffordable will see an increase in business.

Truth – Minimum wage jobs exist across all areas of the workforce. From fast food to offices and hospitals. 30% of minimum wage workers are over 40 and almost 90% are over the age of 20. Construction, child-care, hospitality and housekeeping are some of the industries that have the largest amount of minimum wage employees.

So you see, the talking points being used to argue against a minimum wage hike, simply don’t hold up. The fact that 29 states and DC have minimum wages above the federal minimum, ranging from $8hr to $15hr only proves that cities, states and businesses around the country know that $7.25hr is simply too low.

Bringing millions around the country above the poverty level will not only decrease dependence on social programs like Medicaid and food stamps, increase in discretionary income will put an estimated $30 billion into the US economy.

Makes you wonder why Senators McConnell and Blackburn, from two of the poorest states in the country and reliant on some of the most amounts of federal aid, are against seeing their constituents self-sufficient and earning a livable wage. It’s time to put politics aside, the people first and raise the minimum wage.

In his 1980s heyday, Donald Trump’s glamorous Drive-In Dreamstakes offered Walkmans, Cadillacs, and an “Eternity of Vacations” to lucky winners at his Atlantic City casinos. You won't believe this… It was rigged. 1/5