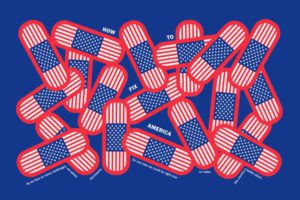 I’m in Boston this week on Family Business and my phone’s GPS has refreshed itself and is now spewing the same nonsense it does a few miles south of the Mason-Dixon Line, where I currently reside, as well as everywhere else we call “Our Land”, which is supposedly made for you AND me.

Not one arrow, rock, sword, numchuks, slap, kick, punch or Neanderthal hair dragging death. They were all killed using bullets.

It is time to get rid of bullets. Y’all want guns? Y’all can keep those. It’s the ammunition, that needs to be out of reach.

Why not decriminalize Marijuana in all states and criminalize ammunition, all ammunition. Make it a federal offense to possess assault rifle bullets. THAT is what is killing people, not a simple medicinal herb whose different strains relieve a host of symptoms and ailments without harm. The side effects of possible hunger, creativity, concentration or giddy, couch locked giggling might ensue. You’re not getting ready to end anything but hunger and tiredness by eating and sleeping and that’s all, folks.

GET RID OF THE BULLETS. They should refund people their money. Bring in your bullets and get your money back. During a pandemic where there’s shortage of funds for food, clothing and shelter, I believe their may be quite a few who will take the cash for trading in their bullets.

There happens to be a shortage of guns and ammunition in America right now which won’t be refilled until 2023, per Peter Suciu, a Michigan based freelance writer, with his ear to the ground and his finger on the pulse who says that it’s not only gun owners that are buying ammunition. Some folks looking to make a profit, others looking out for their gun loving pals, buy as much as they can and resell it. By the time a single bullet gets to your gun, you’ve traded your front tires and upper dental bridge for it.

In Illinois, house bill 238, has just been introduced, which would place a one percent tax on all of the ammunition sales and use the funds for (dig this) trauma response in schools.
We have got to put our heads together as One Nation of many on this Earth, and get rid of that particular weapon of choice. It’s clear that America is going through a growing phase as well as a “Dark Night Of The Soul”. I hope we all get to see a World United, where people put down their guns.

I don’t think cops should have weapons either. They’ve proven that they don’t know how to act or be fair, so, excuse me, but WHY THE FUCK are we still trusting them with loaded weapons or tasers?

Look at that stupid bitch who got the two of them confused while training a cadet, costing a man, his life. Not his DAY, WEEK, MONTH, MONTHS, YEARS, but his forever, his future, his dreams, hugs, kisses, love. I know she quit, but it’s not good enough.

That’s My Humble Opinion, while praying for a kinder world.