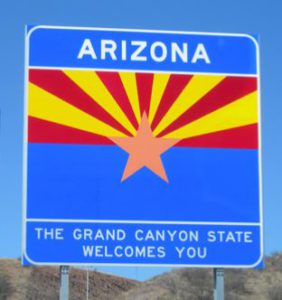 Well, this was the first Mother’s Day holiday without my Mom, which was harder than I thought it would be. In order to distract my mind from the grief of her unexpected death, I was grateful to have friends and family send messages of support, love and laughter which were like salves for the deep wound left from her passing. My brothers visited her grave, and are thinking about ways of making the visits a bit easier, such as installing a granite bench and maybe adding a flower holder to leave her sunflowers. I am located across the country, making it hard to visit, but I am grateful that my brothers are close. I thank them so much for making the day bearable.

I tried everything to distract me, including reading multiple news reports to take my mind away from the loss. Some were quite entertaining and demonstrate the continued absurdity found in some realms of American politics, contributing to the much needed laughter. Laughter can be the best medicine, and United States politics can provide hefty doses as great humor can be found in the weirdest corners of federal, state and local government. Unfortunately, these stories induce laughter only to hold at bay the anger and disappointment in some of our elected officials. Kind of a double edged sword, but any laughter helps. Since we could all use a good laugh, I would like to share some of this “political humor” with you.

I wrote an article before on the Arizona 2020 Presidential Election “Audit” ordered by Republican Senators of the state and being carried out by the “expertise” of the group which calls itself the “Cyber Ninjas”. The audit is truly fascinating and if you have not been keeping up with the shenanigans in Arizona, I highly recommend that you do. The oddity of this audit is both alarming and chilling, yet simultaneously hysterical. Also embarrassing. And imbecilic. And ill-conceived. And ridiculous. And feeds right into the satirical Qanon conspiracy, which is even more laughable. So, thank you QArizona for the much needed laughs.

And I refer to this as QArizona because QAnon’s stench is all over this. According to Vice, a group in Arizona is seeking to invalidate election results since 2018 and “remove all elected officials from their office immediately” through the Arizona Supreme Court. They then wish to replace these officials with none other than…wait for it…themselves!

As per Vice, “The legal petition claims all officials elected in Arizona since 2018 are ‘inadvertent usurpers’ because the elections they won were conducted by vote-counting equipment that was not properly certified. The plaintiffs claim the evidence to back up this staggering claim will be provided in the lawsuit’s appendix, which unfortunately they had not submitted at the time of writing.” The article continues, “The plaintiffs claim that the court has the authority to void the terms of the named officials—which include Gov. Doug Ducey and Secretary of State Katie Hobbs—and install themselves as appropriate replacements. ‘When in the past citizens have been appointed by the Governor to finish out a Senate term due to unusual circumstances, the Governor has typically chosen pedigreed, well-known politicians, but this is not necessary. Any Arizona resident meeting the minimum qualifications is entitled to and has the right be appointed to a seat in unusual situations,’ the lawsuit claims.”

Please keep in mind that their “evidence” is based upon yet forthcoming results of the audit conducted by QArizona and supporters of the orange monstrosity who glom onto every move by the Cyber Nijnas. The very Cyber Ninjas who are so technologically advanced that they employ methodologies such as writing with pens containing black and blue ink on legally cast ballots and scanning said ballots with UV lights. The UV lights may be looking for either watermarks or bamboo fibers within ballot paper in order to provide evidence of fraud. They theorize that some supposed 40,000 ballots that have been provided by China and have been slipped into the count, with no evidence to back up the claim.

QArizona’s latest hi jinx include filing a lawsuit to essentially overthrow current elected officials. Most members of the QArizona group filing a case with the Arizona Supreme Court did not list their names, but go by “We the People”, a known QAnon identifier, although the lawsuit was signed by QAnon supporter Daniel Wood who lost to his Democratic opponent in last year’s Congressional election. (Sore losers seem to flock to the side of the orange monstrosity, I wonder why? Likely because they are likeminded individuals looking out for their own interests despite the will of their constituents.) And many others are withholding their names due to concern for harassment or retribution, which is odd because they are so skilled at harassing their sane fellow citizens of Arizona and the rest of the United States with their false claims and assertions.

According to Vice, “The lawsuit was shared widely on pro-Trump and QAnon message boards and channels over the weekend. ‘Hang onto your hats, it’s getting wild in Arizona,’ Dave Hayes, a prominent QAnon booster known as ‘Praying Medic’, told his 61,000 Telegram followers on Sunday. Ron Watkins, the administrator of the message board 8kun who’s been identified as a likely author of many ‘Q drops,’ also shared the news with his 200,000 Telegram followers, saying the lawsuit ‘is something to watch carefully as it plays out.’”

As for the audit, about 250,000 of the 2.1 million votes cast in Maricopa County for the 2020 election have been recounted or “audited” by the Cyber Ninjas through nontransparent and suspect means and for an opaque purpose. So much progress has been made! Some claim the audit is not a recount, as two recounts have already verified the results of the election, but instead a means to detect weaknesses in the election system. Definitely not to gather information on voters or invalidate their votes…?!?

The ballots will also soon be “secured” due to an interruption in the audit as graduation ceremonies are upcoming in the Phoenix’s Veterans Memorial Coliseum where the audit is being held. I can only wonder how these ballots will be “secured”…maybe in potato sacks doused in detergent, closed with spare zip ties or plastic restraints left over from the January 6, 2021 insurrection at the Capitol?

Additionally, according to the Huffington Post, “Now the state Senate and Cyber Ninjas are seeking access to county government routers and passwords as part of the audit. It’s a strategy Maricopa County Sheriff Paul Penzone has called ‘mindlessly reckless’ because it would threaten the security of sensitive law enforcement work. It would also risk exposing private citizens’ data to a private company with a partisan agenda. Last week, the Senate agreed to ‘defer’ its canvassing of voters by Cyber Ninjas operatives who were knocking on doors and interrogating residents about their voting histories. The operation was at least temporarily halted after the U.S. Department of Justice warned that such activity could illegally intimidate voters and violate civil rights.”

Initially, Republican officials were hesitant about speaking in public about the audit as they supported this audit to uphold the name and stature of all things orange monstrosity, their revered Lord and Savior. I am actually surprised the “Golden tRump” statue does not reside within the chambers of the Arizona Senate or overlook the audit in the Coliseum by now, it would be such the perfect touch for this absurdity. But now we hear a hint of resistance. As per the Huffington Post, “‘It makes us look like idiots,’ state Sen. Paul Boyer of suburban Phoenix told The New York Times in an article published Sunday. ‘I didn’t think it would be this ridiculous. It’s embarrassing to be a state senator at this point.’” Agreed, 100%!

Furthermore, former United States Senator Jon Kyl of Arizona has emphasized that he is NOT in support of this audit and distances himself altogether. “It is always the case that when there are serious controversies within a political party, it doesn’t do the party any good. And I think the divisions within the Republican Party will not reflect well on the party’s chances of success in the next election. That’s pretty obvious,” as reported by USA Today. Again, agreed, 100%!

Yet, other Republicans are paying no attention to the audit at all. And according to USA Today, AZ Senator T.J. Shope stated, “Hell if I know. … I haven’t given it much thought. I’ve honestly been too busy to care,” when asked about the possible long-term impact of the audit. HOLD UP THERE…

Why should we care about this audit? One, because the diversion takes our minds off of our daily woes and provides us with endless jokes, just ask late night comedians who are having a field day with this foolishness in QArizona! Two, because we are witnessing how the GOP is readily embracing the half-cocked lies and lunacy of the sore loser orange monstrosity who is ripping apart their own party from within. Three, we are seeing in real-time unparalleled desperate measures to invalidate the constitutional rights of United States citizens to a legal, secure and safe vote. Four, the QArizona GOP is exposing a lack of respect for the branches of government established by the state and federal Constitution by perpetuating falsehoods through the filing of a inane lawsuit by a group driven by conspiratorial minded people in order to potentially secure their own reelection chances in the future – utter and complete selfishness. Five, the QArizona GOP is insidiously attempting to plant the seed that all future elections should not be trusted and can be invalidated, particularly if they do not like nor agree with the results of said elections. With the right to vote being a foundational pillar of our democracy, this corrodes citizens’ trust in government and by extension our elected officials, which the GOP should be very wary of and tread lightly because this includes THEM as they are…politicians!

Okay, none of the above is actually humorous…BUT watching the wanding of ballots with UV lights in a frenzied search for bamboo fibers, while witnessing the GOP lay bare their allegiance to QArizona and the orange monstrosity, is funny as heck! I am going to keep an eye on this…I could use the laughs.