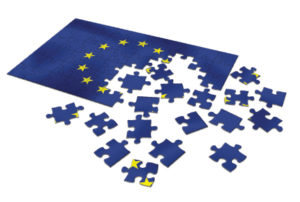 I worry because I live in a disunited kingdom.

The United Kingdom is made up of four, supposedly, equal constituent parts. We have England, Scotland, Wales and Northern Ireland.

In three of them we have had our own wee Super Thursday with elections.

Now, generally speaking, democracy holds sway in each of the constituent parts but in different ways. That is that the election process in each is slightly different.

Politics is democratically practiced in three particular types of government – local government, which manages frontline services, like the schools, social work, refuse collection etc.; devolved administrations which exist in Scotland, Wales and Northern Ireland; and in the parliament of the United Kingdom, which has representatives from each of the constituent parts of the kingdom – England, Scotland, Wales and Northern Ireland.

Now, we have a plethora of political parties.

On the right, we have the Conservative (called Tory by many) Party which is in power in the UK and has as its leader, Boris Johnson. The official UK opposition is the Labour Party – social democrats and we also have the Liberal Democrats – made up, mainly from the old Liberal Party, who are… liberal.

Politically, Bernie Sanders would probably fit in the Labour Party, the Clintons in the Liberals but all would find a home, in terms of economic policy, somewhere in the Conservative Party.

Each of these parties believe in keeping the United Kingdom together.

We then have the Greens – think a grown up Greta Thurnberg, the Scottish National Party (SNP) in Scotland, Plaid Cymru in Wales and Sinn Fein in Northern Ireland who believe in separating in their own national areas by seeking to have independence for that country.

This week we had elections and over the last month one or two wee riots.

Local elections happened in England where the ruling Conservative Party won a lot of power. For a party led by a man who has been accused of lying in every job he has held down – think Donald Trump with a posh accent and slightly more hair – that is remarkable. They also won a by election in what had always been a safe labour seat – think Georgia going completely democrat…
It rocked the world…

In Wales, the Labour Party won 30 out of the devolved parliament – called the Senadd. It was in stark contrast to what the Labour Party did in England and shows just how divided Wales is from England, though Plaid Cymru, who believe in independence for Wales did badly.

With me so far? The next bit is my bit. I am Scottish after all…

In Scotland, for the fourth time in a row, the SNP won the election for the Scottish Parliament. The Conservative Party have not won an election in Scotland since 1955. Since then, every time that the UK votes Scotland gets a government in London we didn’t want.

In 2016, in the European Referendum, Scotland voted to stay in the EU, but the UK voted to come out. We have been taken out the EU.

The SNP were elected with a manifesto to bring another independence referendum to the Scottish people. The Green Party who now have 9 representatives, along with the 64 from the SNP means that in a 129 member parliament there is a majority in favor of a referendum being held to ask the people of Scotland if they want to be independent.

The UK government have said they shall refuse to allow one to happen.

Scotland needs their approval to hold a legal one; though we can force them through the courts.

In 2014 we had the very first Scottish independence referendum. Scotland voted against independence.

Part of the process, by the big unionist parties to get enough people to vote against independence was to point out the fact we were part, as the UK of the EU. If we wanted to stay part of Europe we needed to be part of the UK was the argument. We are not any more.

After we voted to leave the EU, the Conservative Party, led by the big fibber and having fibbed to the whole of Scotland, fibbed to the whole of Northern Ireland so they would vote for his new deal. (In Scots, fibbing is telling a wee lie that is not that important. Here it is being used in an ironic way, in a mocking tone with understatement to highlight the level of fibbing anger there is) They have not followed through with them and over the last month young people, bored from being stuck in the house because of COVID rioted. In Northern Ireland paramilitaries used to organize the rioting.

Just now there is no evidence of that.

England seems to like the government led by the Conservatives in London by Boris Johnson. Northern Ireland are livid because Boris lied to them. Wales are not on board with the policies of his government. Scotland are heading for a showdown after their people voted for something that Boris says they won’t allow.

The United Kingdom is no longer United.

In truth it never really was.

In the next year we have to hope that Scotland gets its right to ask its people to vote for independence, Northern Ireland settles down with a real solution to the issues that Brexit lies have created and Wales begins the resurgence of a social democrat fight back that returns the country of England to the values it espouses when it travels round the world lecturing others…
Here’s hoping…