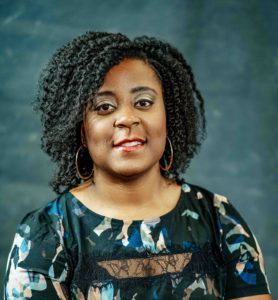 Jackson, MS, state capital and home to around 165K of Mississippi’s residents. Majority black. Anyone who have ever been to, or driven through Jackson notices very quickly that this once prominent southern city, widely known for its position during the Civil Right’s Movement, has been severely neglected. Home to the Medgar Evers Home Museum, one is constantly reminded of the importance of preserving the history and legacy of those important to the movement and fight against the ugliness of racism and systemic racial violence in this largely black southern state.

Jackson had promise once upon a time. The founding of one of the south’s most widely known HBCUSs Jackson State University, helped bring students from around the state and country looking to get a quality higher education. But years of inadequate funding, saw a deterioration of the once popular football program, and curriculum. Hopefully the addition of former NFL star and Dallas Cowboy, Deion Sanders as head football coach will re-energize the program.

Segregation, white flight and lack of investment has seen a city fall to poverty, neglect and disrepair. Infrastructure so poorly maintained that century old water pipes burst and left a majority of Jackson’s residents without clean drinking water. If they had water at all.

Enter Nashlie Sephus. 35 year old, African-American tech professional, who is bringing hope back to the city she calls home. As an A.I. manager for Amazon, Sephus was also Chief Technology Officer for a start-up acquired by Amazon. Her expertise in the tech field coupled with the desire to bring investment back to the city, led her to purchase 12 acres downtown Jackson that will soon be a $25M hub of technology.

Sephus is already familiar with the tech needs of Jackson through the work she has done via her non-profit Bean Path. Where she has helped nearly 400 businesses and individuals with their tech needs. It was around the same time, 2018, that Sephus got the idea for the hub.

Even being turned down by three banks didn’t deter Nashlie Sephus. She went to the city. Talked to city officials and investors, even her employer. Surprisingly Amazon offered to help. Not only providing scholarships to teachers who want to become more tech savvy, but they also pledged to rent space in the hub when it is completed and provide workshops through their We Power Tech Program for underserved communities and individuals who would otherwise be left out of the technology boom.

Nashlie’s commitment to Jackson, knowledge and determination convinced the city of Jackson to contribute half a million dollars to help Sephus secure the building. They have also agreed to put money into making the streets look more attractive, and help with any zoning. City officials weren’t the only one’s impressed. That Sephus chose to return to Jackson, when she could’ve stayed in greener pastures helped garner support from the local investment community as well. Add $500K of Sephus’ own savings and an addition $150K crowd sourced from friends and family, and Sephus was able to close on 12 acres of what will soon be not just hope, but a future for the residents of Jackson.

At the age of just 35 years old, Nashlie Sephus should be an inspiration to us all. She is proof that Black Americans are more than athletes and entertainers. That we belong in every room. Even technology. Somewhere in a classroom in Compton in the next Elon Musk if just given the opportunity. Sephus also proves what can be accomplished when we work together. When we reach back and lift up. Thanks to Nashlie Sephus, the entire city of Jackson is going to benefit from the investment, not just in the city but the people.