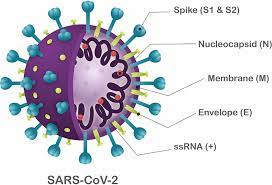 The following is story about why gaslighting and racism are dangerous in their influence on science and medicine. As an example, when I was studying how race influences medical treatment, there were a number of scenarios presented in widely used medical texts that would make one feel as though a group of patients were ignorant about their healthcare. One book in particular cited as an example that in certain areas of America, African American patients referred to hypertension (the condition of high blood pressure) as “high blood”. I pointed out to a professor in one of my medical study groups that I had never heard of such a thing, and that the statement perpetrated the idea that Black people could not possibly understand the conditions of their own health. Such concepts also can stigmatize African Americans in the eyes of providers in training reading and studying such books, especially if they presume that African Americans are and will be uneducated about their own health. Fortunately, the subsequent edition of the book eliminated this messaging and emphasized patient education to change health outcomes. But that is a small scale example.

I have been reading a number of articles regarding the possible origins of the coronavirus pandemic. The very discussion at times becomes controversial mostly because the twice impeached former President of the United States went out of his way to politicize the pandemic, going so far as to label the virus with racist names. His truly vile terminology has been a factor in the increase in Asian hate crimes and targeting, and I assume he has not a single care to this day about how his words affected the Asian community as a whole. Futhermore, his racist terminology was wholly irresponsible on the part of a world leader representing a country that prides itself as a melting pot and honors its diversity. He is truly a horrible human being.

Having said such, more articles are questioning the source of the coronavirus pandemic, and a number of scientists are becoming open to the theory that the source of the pandemic may be the Wuhan Institute of Virology, considering this theory as a credible possibility. This was a theory widely touted by the orange monstrosity which received little global reception because of his vulgar names for the virus and his incessant blaming of an entire country for a pandemic. The World Health Organization initially seemed to outright dismiss this theory regarding the origin of the pandemic as a possibility at first, but have also since reconsidered.

There are a number of situations that give this theory credence. The Wall Street Journal and Reuters have recently reported that “three researchers from China’s Wuhan Institute of Virology became sick enough in November 2019 that they sought hospital care, according to a previously undisclosed U.S. intelligence report that could add weight to growing calls for a fuller probe of whether the Covid-19 virus may have escaped from the laboratory.”

Additionally, a number of articles in reputable scientific journals including Science have been authored by scientists from the lab regarding the study of SARS coronavirus prior to the outset of the pandemic, as they have been studying the virus for several years. Additionally, a scientist who worked at the lab and is referred to as the “Bat Lady” who studies the virus was utilizing a methodology to study the virus called “gain of function engineering” that would optimize the virus’s ability to essentially bind with human cells. According to Science, “Researchers at the Wuhan Institute of Virology, led by China’s leading expert on bat viruses, Dr. Shi Zheng-li or ‘Bat Lady’, mounted frequent expeditions to the bat-infested caves of Yunnan in southern China and collected around a hundred different bat coronaviruses.” Additionally, “Dr. Shi then teamed up with Ralph S. Baric, an eminent coronavirus researcher at the University of North Carolina. Their work focused on enhancing the ability of bat viruses to attack humans so as to ‘examine the emergence potential (that is, the potential to infect humans) of circulating bat CoVs [coronaviruses].’ In pursuit of this aim, in November 2015 they created a novel virus by taking the backbone of the SARS1 virus and replacing its spike protein with one from a bat virus (known as SHC014-CoV). This manufactured virus was able to infect the cells of the human airway, at least when tested against a lab culture of such cells.”

Moreover, it has been difficult to pinpoint an animal source that would serve as an intermediary or vector from bats to humans, and some scientists believe that it would take multiple generations for the bat coronavirus to mutate to the point that it could infect humans without genetic manipulation. The prevailing theory of the origin was that the virus jumped from bats to possibly pangolins to humans in wet markets, but when samples of animal tissues from the wet markets were tested by WHO investigators, none demonstrated the presence of the virus.

Also, the Wuhan Institute of Virology moved their physical location in late 2020, which if not performed with the strictest safety protocols in place, the potential for such a virus escaping increases exponentially as it is temporarily transferred. As well, there have been a number of near misses for pandemics due to lab errors, even in the United States by reputable institutions.

Now, why is discovering the origin of the pandemic important? If we discount the possibility of a virus escaping a lab, we will not be able to determine measures to improve quality control and safety standards needed to make the study of such viruses feasible. The study of such viruses are vital and of global benefit, especially when we have infections such as SARS and MERS that affect human populations. The expertise of scientists who study emerging viruses are fundamental in creating treatments and possibly designing preventative measures to avert the spread of such viruses within the human population. Additionally, racist and negative political ideologies prevent such measures to be put in place as countries on the receiving end of such hateful messages and shaming may become resistant to sharing scientific and medical knowledge that could benefit the rest of the globe.

Some scientists feel that the political environment of the prior administration did a great disservice to the global scientific community as the investigation into the origin of the pandemic has been somewhat stymied. The WHO is in a bind in that they receive funding from China and a number of scientists who pushback against the possibility of the lab origin theory provide funding for the Wuhan Institute of Virology in particular. This is a frustrating predicament as the globe benefits when there is global cooperation in learning about potential future sources of outbreaks.

A full accounting of all of the possibilities for the origins of the virus must be explored. The moral of the story is that hopefully, the global cooperation will allow us to learn more about the origins of the pandemic that has so far lead to 166.8+ million cases and 3.4+ million deaths worldwide to prevent anything on this scale from ever happening again. And we can never allow an immoral, ignorant, and deeply flawed so-called leader to take the helm ever again, especially when we are all affected by the outcomes of science and medicine.