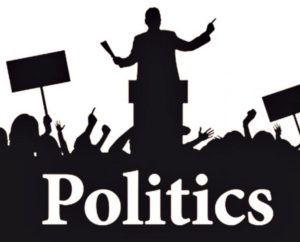 Once upon a time in Texas there was a girl called me that had no time for politics. Sure every now and again I would see something that Bush did (pick one) and be upset about it but not enough to even talk about it. Then there was Trump. My world changed because I wanted to know everything there is to know about politics. I have a friend in his twenties and I asked him if he will be voting? This was at the height of the pandemic and he is a DJ who could not work because of the pandemic. When they stopped the unemployment he had no way to make ends meet. Yet when I asked him who he would vote for he said he does not vote. He said no one can ever make him vote because voting is not real. He is under the impression that they tell you you are voting but really they put in who they want. He is not alone in his thinking. There are millions who feel like they are not included in our political system. They see people crying out for help and being ignored. I was told once “they will help a baby in Africa before they help one of us who live here.”

Recently the Holocaust has been brought up and it led me to think about what they went through back then. I am sure like today we had those people that did not care about politics. I am sure they had busy lives and felt the same that politics is not for them. Meanwhile the politicians passed the Enabling Act of 1933 which took power away from the people. They sold it to them as the “law to Remedy the Distress of the People.” The thought was if you are too busy to be bothered with politics let us pick for you. Seemed like a sweet deal. They had a system where the people voted and the moment the people allowed themselves to be relieved of power Hitler rose to power.

Freedom costs absolutely zero when you are free. It is not until you lose your freedom that you realize the value of freedom.. I can walk up to someone and ask for a million dollars. They would laugh at me, but if they were kidnapped someone in their family would pay to get them back. (Please don’t kidnap someone you will go to jail.) Because there is no monetary value on freedom we Americans give up freedom on a daily basis if we see it or not. Even in our politics. We are “free” to study candidates that are running for office. Most of us do not. We chose the people that are already there because we know their record. We look at Twitter, or other social media apps to see who our friends like. If we feel we don’t want to go that route we look towards our trusted media person and see who has the buzz around town. We give up our freedom to make a choice on someone you researched and fell in love with. My excuse was I did not want to fall in love with a candidate only to have them not make it through so I would wait till a candidate is chosen and go with the collective.

When Trump came into power, my declaration that I do not follow politics changed. I saw for the first time what not paying attention to politics could do. Truth of the matter is that history taught me what not following politics has done in the world. Hitler does not become Hitler if power was not given away. Read an old article that asked what if Hitler was just a memory. It was before he did crazy stuff but it let me know that people saw him coming into power and wished him away. We can’t wish away our Trump problem. We cannot think that good will rise over evil. Just about every film ever watched, the good guy wins in the end. There is always a moment where he is winning the day. Good guys do not always win, especially when they give up their freedom.
I do not know the solution to make those who don’t follow politics pay attention to the freedom they are giving away, but I do know that things are crucial. Concentration camps weren’t concentration camps till they were. They will name it something else here. China has the Xinjiang internment camps that they call reeducation camps. Freedom is not a right. Because we have freedom, we think we own freedom. We do not own freedom; it can be taken away while you are busy on Twitter.