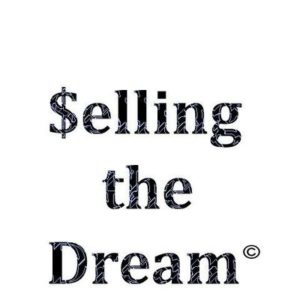 I used to be an avid watcher of sports. I enjoy seeing people at the top of their game competing to be the best in their field. Never thought of myself as an athlete. Sure, I play billiards and I have won awards but it is not like these guys who play football or tennis. The amount they put into their workouts is impressive. When you look at them and what they do you cannot help but look up to them as role models. We want to be exactly like them, except we do not want to put the work that they put into being the champions they are.

I shot billiards and billiards is a sport that is no longer on display like it used to be. You used to find it on ESPN weekly. Now you gotta look it up on YouTube. Because of this whenever I had someone sponsor me in the game it was my job to sell the game of pool. I loved it so it was not a hard thing to do. Having this experience, I understand why sports want their players to talk to reporters. They need people to see their stars be proud of what they are doing. They need them to seem accessible to the masses.

Recently a star whom I love dearly tweeted out how she would not talk to reporters. She expressed this was for her mental health and she would pay what fines they charged her. Immediately I was behind her. I felt like a hypocrite because I would call football players big babies for not speaking to reporters. “It’s your freaking job.” I would scream at the TV. Then Osaka in France happened and my heart went out to her. I understand depression. I understand what it means to carry on in competition during times of depression. I empathize with what she was going through. It is one thing to dig deep and play the game and it is another thing to have to say words to people who really don’t care about you while you are hurting deep in your soul. Michael Phelps even chimed in on the discussion and said how he too dealt with depression but back in his day there was no speaking out about depression. (It also helped me understand why he was pictured one time smoking out of a bong.)

It is odd to me that for some reason we do not see our athletes as human. We see them as a vehicle of our entertainment. I even hear in my head Laura Ingraham’s saying “Shut up and dribble.” We want to hear them talk about their game and/or their teammates but we do not want to hear them share what some see as weakness or talk about race matters or politics. Their job is to sell the dream of being a top athlete. Let the world see you as on top of the world getting everything they only dream of. The truth of it all is they are human. Human beings have emotions and feelings and you can not always ignore what you go through inside. I would so often hear people say Michael Jordan won a game while he had a 104 fever because of the flu and you need to learn how to push forward like he did. That is what we expect of our athletes. It is definitely an unfair arrangement. “You want me to hide my human side so you can be entertained?”

I am proud of what Osaka did. In the end she left the tournament because they were trying to push her by threatening her. She decided she was more important than selling the game of tennis. If you take one message away from my words I hope it is this; you are more important than (input what you like) and you should always take time to take care of yourself. We look up to these athletes and it is a shame that we don’t see their humanity over their abilities. They are not machines; they are human and we should all see that even when you are at the top of your game you can be vulnerable because you are human. The next time you see someone in their full glory of whatever sport they are playing just remember that person has more to them than what you see. For me I am more impressed now with athletes because before Osaka I was one of the one’s thinking they should do what I wanted because they get paid the big bucks. They get paid the big bucks because they train hard to be at the top of their game.