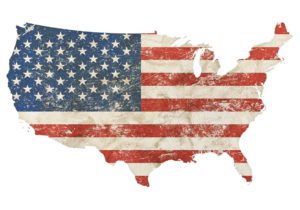 There are times when you meet people that at the time you meet them they tell you they are going through something and this is not who they are. If you happen to see them another time and they act the exact same way you can believe that this is who they are. I am new to politics and I admit I always thought the goal of politicians was to help bring America together. I thought they had bleeding hearts and were in it because they saw something that needed fixing and they had the tools to make that happen all in the effort to make America a better place. Yikes, I was way off the mark.

I have recently started following politics. There are still many things that I do not understand but what confused me the most are all the sex offenders that come with the Republican party. Not just that they are there, because let’s be real Republicans are not the only sex offenders in America, but that they are promoted while being looked at. Trump went to campaign for Roy Moore who was an accused pedophile. Rick Roeber, a Republican of the Missouri House was accused of sexually abusing multiple kids and his own children stated he abused them and asked the Republicans not to seat him and they sat him anyway. There is also famous frat boy Matt Gaetz who is accused of sex trafficking and soliciting prostitutes who is on tour of America with Marjorie Taylor Greene selling Trumps America First plan. He even spoke before a women’s group when the information first came to the public eye. These Republican Trump supporting women were endorsing an accused sex trafficker.

To add to this pushed perversion America was attacked by domestic terrorists and the majority of the Republican party downplays it, or just want to ignore it all together. I often think about Kyle Rittenhouse who was arrested for murdering two BLM protesters. The Republican party rallied behind him. Was it because it was Trump who told people to go out there and defend America so they want to justify the murders as sanctioned by Trump? Could it have been because he killed BLM supporters and they see anything to do with BLM as evil and punishable by death? Whatever the case may have been, many of them pulled together to pay his bail to get him out of jail.

At what point do Republicans say this is who we are America? When do they say this is us? We endorse bad behavior and we let criminal matters slide as long as we can get reelected. Crap rolls downhill. So if these are their leaders who act like this then what are they teaching our kids? Is the message you can be a pedophile, sex trafficker, murderer, or domestic terrorist as long as you stick with the Republican party and stay on message?

Republicans save the BS. outrage. You are Marjorie Taylor Greene the Q representative. You are Matt Gaetz the sex trafficker. You are the domestic terrorist that attacked our Capitol. If you do not stand up against these things you are saying to us watching you “This is us.”