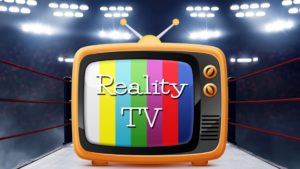 I was inspired to write this by reading an article by one of my colleagues Santino Corleone Berkwitt also known as the “Canine Columnist”. The article spoke of how Reality TV has somehow made us believe we should have access to every bit of people’s lives. As reality shows became popular, camera phones and YouTube became the way everyday individuals could feel like reality stars. The truth behind reality television is that most of it isn’t real. It is not like the movie The Truman Show where you are watching someone who is unaware of the camera and who is being recorded twenty-four hours a day. What we get are clips of them showing us what they think we want to see edited to be entertaining to the masses.

Reality TV has changed the way we look at our stars. We now want them to be more accessible to us. We want them to have a social media presence so we feel like they are one of our ‘friends’. This did not start with social media or Reality TV. Television studios actually started the gossip columns to give buzz to their latest projects while making us feel like the stars were just one of us. That practice soon got out of their control because at first, they controlled the stories they wanted to talk about and then you had ambitious columnists who did not want what was fed to them but wanted to research and find out the real gossip. Some stars use this as an opportunity to get back at co-stars they did not like by giving messy behind the scenes stories of co-workers.

I know they wish they could put that genie back in the bottle these days. Today it has affected what we watch or who we watch or listen to. We have decided that if the gossip deems the person unlikable, we shut them out. I no longer listen to R. Kelly or Chris Brown. Not because I no longer like their music but because something they have done in their lives doesn’t line up with how I feel a human should act. Because of social media rants I no longer watch Kirstie Alley or Tim Allen.

I wonder at times would we still admire Mozart if we found out he beat his wife? Would we admire a Van Gogh painting knowing he was a child molester? Those are made up scenarios but the point stands as this: can we separate art from the artist? Some label it as ‘cancel culture’. Some call it ‘political correctness’. Whatever terminology you use, the question is the same: is it any of our business what they do during their personal time? Should art be affected by what the artist does in their personal life? Some comedians are finding it hard to do comedy because today’s audience is a little more judgmental than they used to be in the past.

Things will never ever go back to the days where studios controlled the narrative. That cat is out of the bag. Reality stars have made it impossible for regular stars to go back to being private citizens because they are in direct competition with people who seem to be accessible every single day. Very few can remain private without pressure from their fans to be more accessible. It is a guilty pleasure of most Americans to watch or read gossip columns but I wonder if we should. Reality Tv has changed how we do things but, in the end, it is really not my business what they do.