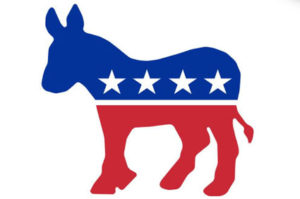 Dear Democrats, what is going on with you guys? We are in the process of losing our democracy and some of you have not been speaking out and have not been putting up a fight. I am new to it all so I do not understand some things. I don’t understand how someone can call for a coup on a public setting and the entire Congress or Senate doesn’t erupt with outrage and both sides of the aisle, but especially Democrats. To be clear I am not referring to Michael Flynn who took the question I am referring to the man who actually asked the question and the audience that fiercely applauded him for his question. These people are making it clear that they will stand behind another coup attempt like what happened Jan 6th. Jan 6th was a coup attempt in which I also have questions about.

How is it that a President of the United States of America can encourage his people to storm the Capitol and not be put in jail immediately? Did we just send a message to the future that a president can attack his own country and it is okay because a memo in the Justice Department says a sitting president can not be indicted? Why does treason not override that memo? I do not understand how a traitor to their country is not treated as such. When we were attacked on 9/11 we rounded up family members of terrorists or anyone who may have had contact with the terrorist. Here in America we arrested what was called ‘terrorist cells’. These people had not attacked America directly but because they were sympathizers or had any contact or let’s be real if they looked a certain way they were detained. How is it that the leader of the attack on the Capitol got to set up offices at Mar A Lago? What terrorist leader do you know that was able to set up a blog after they directed their followers to go attack a US Capitol? Is it the color of the attacker? Is it because he was president at the time of attacking us? Is it because he is a Republican and you want to let them deal with their own problems? Is it that you feel powerless to do anything so you stay silent?

I blame myself for not paying attention before and not knowing what the norms are. I do know this much. This is not normal. You have all lost credibility with me. Sure I will keep voting Democratic because Republicans are definitely not looking out for me but I need you to hear me and I am sure I am not the only one screaming this message. We need you to act. I can not tell you what needs to be done but sitting back and hoping things go well in 2022 is not it. Your oath says “ Oath of Office

I do solemnly swear (or affirm) that I will support and defend the Constitution of the United States against all enemies, foreign and domestic; that I will bear true faith and allegiance to the same; that I take this obligation freely, without any mental reservation or purpose of evasion; and that I will well and faithfully discharge the duties of the office on which I am about to enter: So help me God.” Without mental reservation you should be protecting us against all enemies foreign or domestic yet we are being attacked daily by these domestic terrorists. We are being terrorized by Senate and Congress members who downplay what happened Jan 6th. We are being attacked by a former president who keeps threatening that he is still president and he will soon take his rightful place in office.

This is an attack that is going unanswered and it affects us the citizens of America that voted for Biden. What is happening is traumatizing and I can’t even imagine what the rest of the world thinks when we stick our nose in their business and tell them how great democracy is and they should be like us. “Us” had a coup attempt and no leader of that cause is in jail. Marjorie Taylor Greene and Matt Gaetz are roaming the country on an America First tour. I just recently found out that ‘America First” was a Ku Klux Klan slogan. Which means they are going and spreading the message of white supremacy. That is not okay. I don’t know if you can go on the floor and speak whenever you want. If you can, I need Democrats speaking up everyday about this. If not, whenever you can speak I need you to speak.

Dear Democrats, please hear the words I have said. Yes I am so happy Biden is in the White House. I love the work that he is doing. There is a scripture that says “for what shall it profit a man if he gains the whole world, if he loses his own soul.” Biden talked about winning the soul of America back. Him winning the election is not what wins us our souls. Until all the traitors to this country are no longer attacking us publicly everyday democracy is giving a death rattle. We need you to defend us without mental reservation and without thinking about being reelected. Defend us like our lives depended on it.