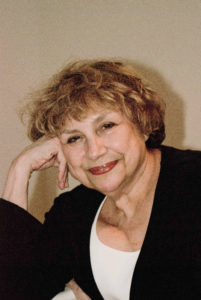 By Diane Batshaw Eisman, M.D. FAAP Doctor Eisman, is in Family Practice in Aventura, Florida with her partner, Dr. Eugene Eisman, an internist/cardiologist.

A new relative has been discovered. He (or she) has been named “Dragon Man.”

And it is a tale definitely worth telling. A story that actually began almost a century ago.

About 90 years ago in Northern China, Japanese soldiers forced Chinese laborers to build a bridge across the Songhua River. This bridge was being constructed in the Northern Chinese city of Harbin.

In the course of their forced labor, one of the men found an astonishingly huge complete skull that looked quite human.

Holding this amazing skull in his hands, the gentleman realized this could be something very special and he did not want it to get into the hands of his captors. And so, he wrapped it up as carefully as he could and then, when he was out of sight of the soldiers, he hid the gigantic skull in an old and unused well.

In 2018, the now elderly man told his grandson about the skull and it was taken out of its hiding place.

The skull is called “Dragon Man” because it was found in a Chinese province called Heilongjiang. The English translation of the name of the province is “Black Dragon River.”

This is a most exciting discovery!

It could be the skull from a completely new species, previously unknown to us; as
Dragon Man’s skull looks different.

This gigantic skull appears to be that of a fifty year old man, with a wide nose, huge square eye sockets and thick brow ridges. It is substantially larger than our modern human skulls, being 9 inches in Length and over six inches wide.

Of course, there is dissention among scientists.

The Chinese investigators think that this cranium could be from a completely new species of human. Professor Qiang Ji of the Hebei Geo University of China has dated the skull to be around 146,000 years old…or maybe even older.

Professor Chris Stringer is a research leader at the Natural History Museum in London. In an interview in the Guardian, he said that the skull seems similar to another skull found in China I 1978. He felt the skull could belong to the Denisovans (early human ancestors found in Asia)..

It took almost one hundred years, but the Dragon man skull has been unearthed! A new ancestor of ours…or a new species? We shall wait and see if we actually have a new relative.