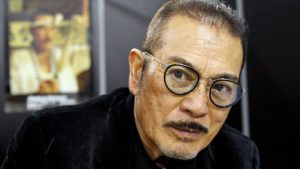 Japanese actor and martial artist Sonny Chiba, died August 19, 2021 in a hospital in Tokyo where he had been treated for COVID-19. He was 82.

Ringside Report sends our condolences to Sonny Chiba’s family during their time of grief.