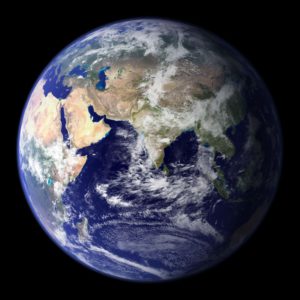 A thirteen year old child’s perfect attendance in school with unmasked students and teachers resulted in her death. Yes, I’m writing about Mkayla Robinson in Mississippi; however, this travesty is happening everywhere on the planet.

Everywhere there are assholes and ignorant people, cowards and crooked folks with a speaking platform, some in government, some just hawking pillows, others with garbage theories in their brain, you will find the anti-reality crew fucking the world over, one unmasked breath at a time.

I do NOT understand WHY on Earth, these people aren’t rounded up and locked away for endangering the well-being of others. People are placed in 72 hour psych evals for less and it’s high fucking time that these miscreants were led away from the party, handcuffed.

What’s Her Face Greene, Matty Whatever, McConnell, Graham, Cruz, Hawthorne. All the baddies need to be bitch slapped a bunch of times, stripped of their cases, ranks, jobs n serial numbers. I’m not saying I’ll be doing this, but it is well deserved. Agreed?

The Asshole in Florida needs a visit from Maryland’s GOP Governor Hogan, a teeter tottering mess who at least, has done right by every person in the state with regards to adhering to the CDC Guidelines. Perhaps, one GOP’er bitch slapping another one won’t seem partisan.

I’ve had my ear to the ground the last couple of weeks, while caring for my tiny descendants but it’s been tuned to swim time, snacks n nap time. When I took a gander at the headlines, I grabbed my babies and hit the beach for another day. The anxiety and frustration of feeling so helpless and useless is more than I can bare.

We, in the world, protest as much as we are capable of. If something is not to our liking, we hit the streets. Sometimes, those protests lead to change. Here, in America, I grew up watching The Black Panthers march up my block, grew up realizing there were people fighting for equality and knew I’d do so too, if ever needed. Being a keyboard warrior, though, there’s only so much I see being accomplished to bring us all together with a clear understanding of what needs to be done to have us END a pandemic which should have been defeated by now.

A few weeks ago, I was hired to be part of a 50 person orchestra playing at the Nation’s Capital for a somber memorial commemorating the lives of the 30k murdered by the man who became Iran’s

Despite the failure to end the inauguration, I got to experience the devastation caused by a Trumpian Sounding Individual, another deranged dictator, who eviscerated the country. I wept along with them seeing their posters lined up looking like a cemetery. Children, fathers, mothers, young adults, teens, journalists, professionals and private citizens alike – all because they wanted democracy.

This is us right now. We’re in the same exact boat. We’re screaming and no one is listening. We want democracy.

The entire world is outraged. Every single country has their good guys and bad guys and many believe that The United States of America are FAR from EVER being UNITED anytime soon and each country believes that we are:

• The biggest shit show on earth despite TFG being in Limbo, ATM.
• The biggest liars and hypocrites, thanks to so many saying one thing and doing another.
• Have the largest array of yet to be arrested felons holding office.

I love me some Biden and I stand with him in his removing American Troops from Afghanistan, which was another news article I read while away.

Reading that the Afghanistan’s Former President hit the road with an airplane full of cash and goods does not surprise me. If he sends it out to his people, THAT would surprise me, but as bad as it has gotten, I want to inform you that this ain’t nutin’!

There’s another food shortage, PPE shortage, Everything shortage around the bend so Puh-lease, stock up on canned goods, paper goods, coffee n weed, cuz, Honey, everything’s gonna be gone off the shelves says a friend who works for those that “drink wine and know things”. [1]

So, in essence, our Earth needs us. The balance is off kilter. If we don’t die from covid, delta, helter skelter or any other killer that comes our way, eye-balling you, Taliban Swine, the climate change will do so much damage to our crops, food supply, that we’ll end ourselves from spite.

How fucked up is that? All because we don’t want to hold hands and sing “Kumbaya”.

Coca-Cola, who once taught the world to sing in perfect harmony, used their mega huge platform when weighing in on the right side of history during the voting reforms in Georgia.

If you’ve got a platform, speak out. If you see any democrats worth their salt running for office in 2022, tweet it out, join their campaign or A campaign. Do more. Be more. Help get the nasty fuckers out of office by going “Abrams”, go door to door with your been vaxxed masks and gloves, register people to vote, help folks get to the voting places or help them cast their votes. If you’re in another country, find where the weaknesses are and go help there. Help out in a food kitchen, do whatever you can, whenever you can. Help your fellow man. Together, we can fix this planet. It’s a mess right now, but it’s OURS and no one is going to fix anything except for those of us who won’t quit. Please, and thank you.

Brightest blessings. All the best.