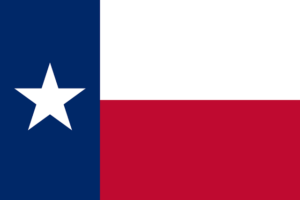 I became pregnant on August 8th, 1981. My daughter was born in May of the following year. I was attending Queen’s College of NY and gigging with my band at the time. I had my own rehearsal studio in New York’s Music Building, where I traded barbs with Madonna, jammed with all the bands and was about to sign a record contract the following week with a since defunct record company: Reel to Real.

I declined because bigger and better-than-that was coming my way. I knew a true opportunity when I saw one. I jumped into motherhood like a paratrooper off a plane, never looking back.

That was MY CHOICE.

TRUST me when I tell you that the doctors did not concur. I received so much medical advice from demons in the medical field which attempted to sway my decision, this, after I disclosed that I was a student who’d just quit my band with no way or means to support a child.

Why? They thought I’d probably be another welfare mother for the next 21 years. Jokes on them. I mega succeeded. Today, my daughter is a kick ass attorney who throws assholes like them in the clinker.

Again, this was my personal choice and I stand next to my Texan Sisters who feel they should also have a say in bringing a child into the world, or not.

48 years ago, Roe v Wade rocked the world. Women, who’ve been stepped on since the beginning of Christianity and the disgusting patriarchy that ensued, were finally able to make health decisions for themselves, purchase a home, open a bank account, make big purchases and obtain loans without a man claiming them, like livestock.

Here we are in the 21st century and Texas has kicked women back into the middle ages.

It’s time for women to use a dime as birth control. It’s easily done by placing the ultra thin coin against one knee and holding it there with the other one. Sorry, the store is closed.

If we, the mighty who house generations in our wombs, the only ones humanly capable of this miraculous feat, cannot have a choice or a voice, then it’s time for our male counterparts to say hello to their own five little friends.

Every woman married or currently allowing those that voted for this heinous act to have access to their physicality, should barr these Supreme Court MuthaFukkas from EVER penetrating ANY woman’s vagina. Go call Chachi. I hear he likes it up the … well, you get my rage.

Biden’s Jill, Kamala and women in governmental power? I expect them to join in on the call to Fuck These Pricks and Prickettes.

Give nothing to anyone until the unbalanced SC is balanced out.

PACK THOSE FUCKING COURTS WITH BRILLIANT MINDS WHO LIVE HERE, IN THIS DIMENSION, Gods damn those medieval idiots ALL to Texas.

Women, jump on Amazon and Wish dot com and buy yourselves all the gear you need to get it through the night without having to listen to the disgusting grunting of those merciless pigs who all deserve to be placed in those devices which simulate a 48 hour labor, which I hear is awful.

I can’t complain. I was blessed with having my sister and two besties in the delivery room. Black Jack, Blimpie Subs and Southern Comfort from a flask was being divided amongst the three of them, while I enjoyed the aroma and the ice chips they fed me.

We played cards and laughed all the way until the doctor told me to push. No meds, no pain, all gain. Yep. Told you I was blessed. I don’t know WHAT Eve did way back when to have women endure such a nightmare. I dropped my daughter like a touch down and it’s been heaven sent ever since, but I understand that this is uncommon.

Pack those courts and let the blue balls begin!

Roe v Wade is temporarily closed for major reconstruction in Texas. Thank GOD we have other states who I’m certain will provide transportation and care for those deciding to return the souls within to the Universe, until you meet again. I’m sure they won’t mind and I bet you a nickel that when they DO incarnate, each one will make this world a better place.

CARRY ON. NO FEAR. GET THE GEAR. FUCK THOSE MEN, TIMES TEN!

In the words of My Angel From The Sky, I rest my case.