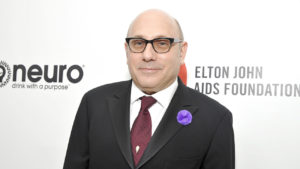 With over 150 film and TV credits, Garson was one of those actors that has appeared in so many things, chances are you may remember having seen him several times, whether in a film or a television series, without even knowing his name. I remember Willie Garson for his guest appearance as Steve on the hit series FRIENDS (1994-2004). Garson was also highly respected by his colleagues, who have been posting tributes and sharing memories of the actor and the wonderful experiences they had working with him.

Ringside Report sends our condolences to Willie Garson’s family during their time of grief.

Trump: 5th Amendment, horrible! If you're innocent, why would you take the 5th? https://t.co/uxFbYtvOWO

Donald Trump sure has strong feelings about people taking the Fifth.