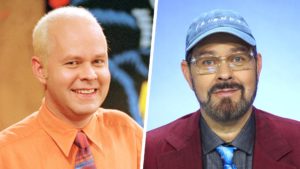 James Michael Tyler, best known for his role as Gunther on the hit television series FRIENDS (1994-2004) passed away October 24, 2021, after battling stage 4 prostate cancer. He was 59 years old.

Tyler’s “Gunther”, the manager of “Central Perk” was a recurring character on FRIENDS, often found himself involved in the everyday events of the six friends’ lives. Tyler appeared in 148 episodes and all ten seasons of the series and went on to become a fan-favorite.

Ringside Report sends our condolences to James Michael Tyler’s family during their time of grief.