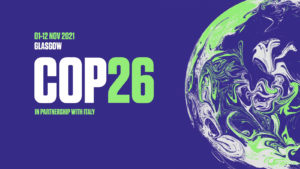 Over here we have had the eyes of the world settled upon our countenance. Every police force in Great Britain has come visiting for a two week spell as the chaotic COP 26 has been happening in Glasgow.

I live just next door to these noisy neighbors.

It has been rare as we say in this here parts.

The businesses have been full, the roads have been disrupted and people have decided to work from home rather than brave the commute into the center of the city to get to their offices.

The buzz as you do drive through the city and see Native Americans in one street, strange sights of environmental protesters in the next in fluorescent attire and dubious head gear, often hanging off a bridge, followed by the coastguard by the side of the River Clyde contemplating whether to get a doughnut or a croissant this time round for breakfast, has been quite something.

We all seem to have gone green for the duration. I had no idea how many businesses had green credentials as they took up all the billboards and advertising hoardings to tell me. I did not realizethat Glasgow City Council was so green but know now because it is all over the buses that criss cross the fair city. And I was unaware of how much of my Scottish and UK Government were green – because they have been telling me in adverts and on TV screens for a full month! But we are green. Allegedly…

The world’s leaders have been visiting and the one common thread throughout is the consumption of our other national drink – irn bru. Made to a secret recipe it is a handy hangover cure for Scottish people. Our overly sweet drink has been a massive hit amongst delegates as it has become the cult of the conference.

But it all has been for a serious purpose.

The environmental issues which have dogged us as a world were on the table. And we have been found a little wanting in our dedication to resolving them. Sure, we have had some fine words and even fancy phrases spoken by delegates who live in areas that have been massively affected but the practicality of politics has won again.

Greta Thunberg called it a failure before it was finished and accused the politicians of just indulging in blah, blah, blah. That has become the latest t-shirt style mantra, but it may not catch on beyond the summit.

Aside from fashionistas the serious work of saving our skins needs a much better focus. The first few days of COP26 were marred by rows over delegates not getting into the conference floors. This included a New Zealand minister in a wheelchair who was refused access and had to travel 50 miles back to wherever in Scotland she was staying as she could not get into where she needed to be. It is 2021, and they could not manage to sort out a complete mess like this – what chance the planet?

Delegates from a wide variety of nations have also criticized the conference as being chaotic behind the scenes and the UK Government, who organized the whole event are in the firing line. There are anecdotal tales of people denied entry to sections of the conference by overzealous guards and the worst accusation of all – that some black nations calling a whitewash – that there was an over reliance on white faces and white nations in the large scale debates despite the fact that the countries most affected by climate change are those who are struggling to survive, represented by former colonies, previously mercilessly exploited by those very white of white nations.

Politics has been heard in all its forms over the last fortnight – bickering, point scoring, compromise and posturing. In the end there is something upon which to plan the future. It is told that India has managed to water down any commitment to lowering our reliance on coal but aside from that there may be something in a document that has the word hope attached to it.

It is in all our hands. If the UK Government cannot organize the talks properly, the nations of the world cannot exploit them mercilessly for our own good and the commitments they make are consistently watered down, then the outrage we feel must be moved into making changes for ourselves. We must drive the agenda from within our houses and within our lives. That change will affect the commerce of life and from there the green dollar, the green pound, the green ruble may make the change that the rainbow politicians cannot muster.