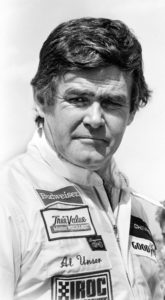 Four-Time winner of the Indianapolis 500, Al Unser, passed away December 9, 2021, at his home in New Mexico. Unser had been battling cancer for 17 years. He was 82.

Other career highlights include Unser holding the record of being the oldest driver to ever win the 500 at 47 years old, breaking the previous record set by his brother Bobby; winning two 500-mile races at Pocono and two more at Ontario bringing his total of 500-mile race wins to eight; and being the IROC champion, and competing in four other NASCAR Winston Cup & Grand National races.

Ringside Report sends our condolences to Al Uner’s family during their time of grief.