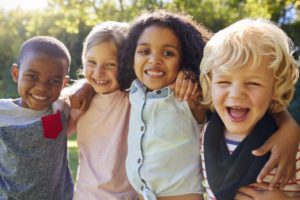 Conservatives would love to end Roe V Wade. They make no secret of it, and lately they have had the tools to get closer to that goal. They have conservative federal judges in place all over the country. As well as the majority in the Supreme Court. Conservatives believe there should be no abortions when there are adoption agencies for everyone, but not every child put up gets adopted.

As they focus on keeping women from doing as they will with their own bodies; they do not focus on what happens to children that are unwanted. We have a system that abuses children. They get molested, raped, beaten, and even killed by foster parents, adopted parents, each other, and people working in the system. Not all of them have a horrible story but most of them do. They then become bitter adults from being abused and neglected children in a failed system.

Conservatives spend so much time fighting for the rights of an unborn child, but once the child is born, they fight against any help that child may get. They seem to prefer families to be impoverished with a very low income. They fight against minimum wage being a fair competitive amount. Low-income families end up having to get on welfare to eat and help pay bills. I have seen Republicans complain about families on food stamps and the same Republicans say we don’t need to pay them $15 an hour if they want to work for what they get.

What happens to unwanted children? One thing that happens is they become prey to pedophiles. They become the victims that don’t get advocates that advocate the same way they do to stop abortions. They get told to deal with it. Comply.

My thought is this: how can you work so hard to ‘save’ a life but you will not do anything to help that same life? Is it that you want to make sure predators have prey to victimize? Is it that you need workers who will not complain about less than slave wages? Who are you really protecting? I can tell you it is not for that kid to be born and have a safe or good life. If it is about Christianity then you have completely dropped the ball there because God says to give the shirt off your back and love as if it were yourself. The only people that benefit are people like Josh Duggar, Jeffery Epstein, or Ghislaine Maxwell to name a few in the news.

What happens to unwanted children is on you in my eyes. Either you want to advocate for them or for predators. If you stop any abortion, you make sure not just that child but the community around that child is safe.