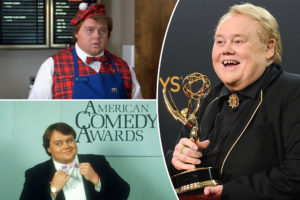 Emmy winning comedian, actor and game show host Louie Anderson passed away January 21, 2022, in Las Vegas, Nevada, after a battle with blood cancer. He was 68.

For his stand-up career, Anderson performed in a show called LOUIE: LARGER THAN LIFE, in Las Vegas, which ran from 2003- 2012.

Anderson is known for his stint as the host of THE FAMILY FEUD from 1999-2002. His notable roles in television include the comedy series BASKETS (2016-2019), for which he won the Emmy for Outstanding Supporting Actor in a Comedy Series, and the animated series LIFE WITH LOUIE (1994-1998), for which he also won an Emmy for Outstanding Performer in an Animated Program.

Ringside Report sends our condolences to Louie Anderson’s family during their time of grief.

@BadBradRSR Oh my goodness, The Outsiders!