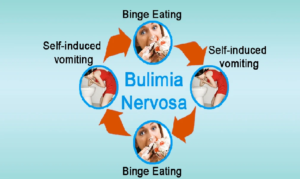 My whole life I have had a weight problem. I think it started when I was a teenager, and I became fatter and fatter. I just couldn’t stop myself from eating. When I look at those pictures now, I just can’t believe how I could let myself go like it. I look at myself in disgust. In the mid-1990s I found a diet pill that worked for me, and I lost so much weight that I could wear size

36 in clothes: The diet pill was called Tenuate Retard and my GP prescribed it to me. But it didn’t last long and as soon as I stopped, I started eating again and the weight came back on. For years to come the weight was like a JoJo: up and down like an elevator. Then in 2014 a turning point: I broke my left leg and was in the hospital for 2 weeks. This London hospital was like a 5-star restaurant with menus for breakfast, lunch, and dinner. What I didn’t realize was that these meals were all very balanced and hardly any calories. Imagine my surprise, when they weighed me on the last day, the scale showed I lost 4kg! This was the start of a beginning with no end. I became so obsessed with losing weight that I was doing everything to lose those damn pounds.

Diet pills, fasting, water reducing pills, you name it. Then it dawned to me that it was much easier to get rid of all the food I ate by simply going to the bathroom. And so, an obsession and a nightmare started with food and the aftermath. An eating disorder called Bulimia Nervosa. But not only throwing up, laxatives came into my life as well and they worked like a charm. You are at other people’s houses, and you make trips to their bathroom too. My sister and an old friend told me they heard me in there. Not being able to walk for 6 months after the broken leg episode, I took every opportunity to walk. I participated in walking tours crossing bridges in London so I wouldn’t sit at home and think of food. Keeping the mind busy. Then I signed up for The London Marathon in 2017. I only had 3 months of preparations. It was a Saturday in March, and I had an appointment in the afternoon. I remember taking too many laxatives that morning and when I was in the bathroom I started shaking and felt so cold suddenly. Everything went black and I passed out. When I woke up, I found myself lying on the floor.

I hit my face on the side of the toilet and when I looked in the mirror, I had a bloody chin and a cut on my forehead. I cleaned myself up and walking back to my bedroom I passed out again on the landing.

This experience should have taught me a lesson, but it didn’t. I kept taking these tablets. I knew I needed help and reached out to my GP who referred me to a therapist. She was a wonderful lady and I had 10 video sessions with her in which I told her everything. She recommended some easy steps to keep my mind occupied: every time I felt the urge of going to the bathroom, I should change the focus on something else. Like reading a book, going outside, listening to music. Then the day arrived: I started in the London Marathon and after 7,5 hours I crossed the finish line. It was still within medal time. My very first marathon and I did it. I never felt prouder! In 2018 I moved from London to Holland and my bulimia nervosa came back.

Laxatives and throwing up all the way. I was referred to a therapist again and from September 2018 till May 2019 I had sessions. Free of charge as the medical insurer paid for it. This girl knew what she was doing, and I slowly began to feel as if I could conquer this eating disorder. Then in May 2019 my sessions ended, and I couldn’t renew it unless I paid for it. I couldn’t afford it and was left to deal with the problem alone again. In November 2019 I moved to Ireland and the problem came with me.

It is not the food that is tempting, it is the feeling that you must eat it. And when you start you can’t stop until you are about to explode. Then the guilt sets in and makes you feel like a total failure. A failure because you know this is not helping you to lose weight which you want so badly. You know you must get rid of everything you just ate to get rid of the extra pounds you just gained. So, you make a trip to the bathroom, you stick your fingers in your throat and try to throw up until everything is out. It becomes an obsession. The same with the laxatives. They make you go so many times and when you stand on the scale afterwards you see you lost weight. This makes you happy until the mood changes and you feel an eating attempt coming up again. It is a catch 22 and you are like a hamster in a wheel. Groundhog Day Every Day. Sometimes you have good days, and you can go without the tablets and the trips to the bathroom. Then you stand on the scale again and you realize your good days made you gain weight. You are mortified and you go back to the self-destroying routine.

What you don’t realize is that all that comes out and all that goes in: It makes you fatter. In February 2021 I stood on the scale and realized I gained back all the weight I had lost over the years. I was devastated and started to look for a way out. I found a diet pill online called Xenical. An online doctor prescribed it to me, and it worked like a miracle. Over a period of 6 months, I lost 40lbs. Back at my old weight the bulimia nervosa kicked back in again. I must stay on this weight no matter what. Now we have February 2022, and I am back on Xenical to get the pounds off I gained over Christmas and New Year. It is a never-ending story. I know I need help as I am making trips to the bathroom after dinner every night and take laxatives. As mentioned before: it is a catch 22 and you can only get out of there if your mind is set to it. I need to look for a self-help group with people who go through the same as me. There is a movie with Keanu Reeves as a doctor where he treats people with anorexia and bulimia. I watched it once and never again. I know it is about me. And it scares the hell out of me.

I just need a strong mind who is determined to beat this. I know I can do it. And I will.