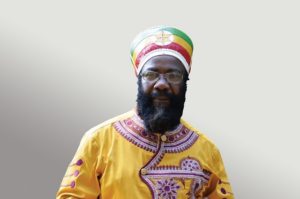 Jamaican reggae icon Denroy Morgan, who topped the international charts with his smash single “I’ll Do Anything for You” passed away March 3, 2022 in Atlanta, Georgia, after a brief illness. He was 76.

In 1965, when Morgan was 19, he traveled to the United States to become a musician. He was part of the formation of the band the Black Eagles, a New York City reggae band in the 1970s, before launching a solo career, from the 1980s onward. He found success in the United States with the release of his “I’ll Do Anything for You” album, when the track became a big R&B and Disco hit. That ultimately led him to being signed to RCA Records in 1984, and the release of the reggae album “Make My Day”, and marked him as the first reggae artist to be signed to RCA Records. He released four albums total between 1981 and 1998.

Morgan’s musical talents were passed down to his children, who were all musical growing up and have formed separate bands and solo acts.

Ringside Report sends our condolences to Denroy Morgan’s family during their time of grief.