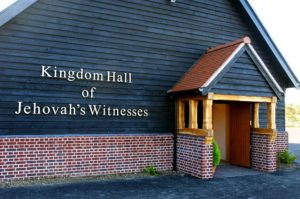 As I bring this series of articles to an end from my point of view as a former cultist, I know how many of us are out here. Many former members of religious or political cults become activists who are interested in several social issues but are especially invested in protecting the public from cults. I have found most of my efforts best directed towards the younger generation by helping them value research. I ask questions to get them thinking, not to be condescending or insulting to them. A lot of what we say will stay on someone’s mind causing them to think later. Some have never even questioned or researched anything independently. Try encouraging it because it is powerful.

Psychology junior Siena Fontanesi had a longtime interest in the influence of cults. According to her, a lot of the recruitment process is about convincing someone that they are loved. Add that to providing answers to life’s questions and they feel they belong to something bigger than themselves. “It’s a safety blanket to explain things that are unexplainable,” Fontanesi said. Cult members then deploy their tactics to manipulate individuals. These manipulation tactics are love-bombing (consistent flattery, compliments, and seeming acceptance), inciting paranoia about the outside world, and later the public shaming starts. With a cult, people get a sense of belonging and according to Fontanesi, “It’s very easy to transition to a cult when you’re not really paying attention to it,” she said.

The transition they made from being a member of secular society to joining whatever cult you see them in was gradual and smooth. We can’t anticipate leaving cults to be a sudden exit. Not in most cases anyway. Still, it is amazing when you read or listen to what individuals say as they exit these groups. It doesn’t matter if it’s religious or political, it is so similar. I asked some questions of former cultists so we can compare experiences. What are the factors that brought them as a former member into existence? With Trump supporters, was it his handling of specific problems in our country? Was it his authoritarianism or public shaming? For religious cults, the questions were similar. I have found the way a religious cult managed a crisis or problem set in motion the questions which eventually helped someone get out.

One woman, Andrea, worked with me in the library over 15 years ago and shared her experience leaving the Mormons. She was hesitant to refer to them as a cult until she compared her psychological process and effects as she left. She was still trying to recover from cognitive dissonance, intense self-doubt, and depression as she confronted her feelings of betrayal and loneliness. Fortunately, in my follow up with her, she described a period of self-discovery, belief exploration, and a sense of self-confidence. She said recently, “All of the years spent inside that church, and I couldn’t bring myself to call it a cult, but I knew something didn’t feel right for me when I saw them handle reports of abusive spouses. After leaving, and around the time I met you Rachael, I still didn’t want to call them a cult, but if it walks like a duck…I’m convinced they are one of the types who know how to present themselves as something they are not.”

This is exactly what I told her I realized about Jehovah’s Witnesses too. Not everyone in the public may realize how entrenched some of their harmful beliefs and tactics are, causing the group to look like a newer, yet more mainstream religious group. Recently, a few more ex Scientologists have become vocal about why Scientology does more harm than good and is a toxic environment for its practitioners. Leah Remini and Mike Rinder certainly opened a path for exposing the façade of the cult. The more former members speak out, they help those on the inside who want to get out. They also help the public beware of the recruitment efforts. Again, the same goes for political movements which become cults.

One gentleman from my area shared his experience, “I had been a big Trump supporter since day 1! I went to the rallies, bought the shirts, listened to Rush Limbaugh, etc. When COVID-19 hit and I saw the delay and heard all the bad advice, it was the final straw. A friend of mine put it in a good way, ‘At some point, how did we decide it was bad to listen to scientists and college educated professionals.’ I had been leaning away for a while, but that did it.” This is someone who now helps his family members and friends to reason on what he says he knows they’re thinking about. It is easier for him to keep the conversations going because he knows all too well the misinformation and tactics used to keep everyone thinking liberals have a “diseased” mind.

Another former Trump supporter credited the value of exposure to diversity. He recounted, “I joined the Marine Corps and befriended a few minorities and just talking with them and learning their experiences is what honestly changed my beliefs the most. I’m thankful for the experience honestly, it changed my total belief system for the better. I even attended protests in Oakland and have been to a couple smaller ones since. I’m proud of the progress I’ve made.”

Now from my firsthand experiences I can say there are powerful forces at work within cults, but we can work against it if we take the right steps! Those of us who exited—along with those educating themselves about cults, can become the beacons of hope needed. My guess is that we have many future social activists trapped inside of cults. We will probably see more and more of them getting out and working to protect the public because the cults are not disappearing anytime soon.