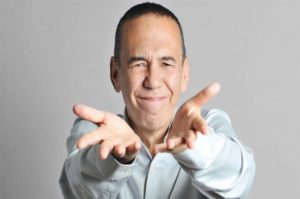 Comedian and actor Gilbert Gottfried, who was known for providing the voice of Iago in the Disney animated film ALADDIN (1992), passed away April 12, 2022 after a long illness. He was 67.
Gottfried began his career as a comedian as early as 15 years old when he was doing amateur stand-up in his native New York City. In 1980 he was noticed by the producers of SATURDAY NIGHT LIVE. He ultimately had a 12-episode stint on the comedy sketch show.

Ringside Report sends our condolences to Gilbert Gottfried’s family during their time of grief.