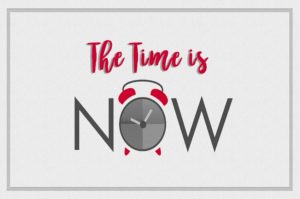 First, let us talk about September 11th, 2001. A day when the United States of America was under attack on our own soil. While millions can give their account of that day, where they were, what they were doing and how they were feeling, too many forget that a whole generation watched this unfold live, while in grade school.

From my daughter’s perspective: “I was in third grade, and we were called inside from recess, sat in front of a rolling cart TV that is usually used for days when the teacher does not want to teach. We had no idea what was going on, but the general panic was palatable. This was rural Wisconsin- what could be happening? The first plane had already hit- our teachers called us just in time to watch the second plane hit. We were watching people die on live television as third graders.” The generation of avocado toast and student loans rarely gets the recognition for being the first robust generation to volunteer in droves to serve, without the threat of a draft. Millennials were not given the choice to see what they saw, and they saw what happened to their fellow Americans. When Pearl Harbor was attacked by the Imperial Japanese Naval Air Service, the news was broadcast on the radio, in the newspapers. There was no raw footage on television and of the approximately 16 million who served, roughly 10 million of those were drafted.

It’s important to discuss the dichotomy that was occurring in NYC at that time of the 9/11 attacks; while we had people falling or jumping to their deaths, calling their family members, crying screaming, begging for mercy, praying to their gods, and ultimately losing the only life that they had. Donald Trump spoke with a media outlet and was gloating triumphantly that now he would have the tallest building in all of New York and I’m sure by now everybody knows that fuck would ultimately become our president one day.

Fast forward to 2011, when my daughter began to discuss with me her desire to serve. I had family members that had served in World War II and under multiple presidents. I had one that was a Full Bird Colonel; my entire family on both sides had served but I never been concerned about serving until my 17-year-old daughter decided she wanted to ‘sign on the dotted line’.

Obviously, I was concerned about how a female was going to endure in any branch of the military. Even now, despite the strides that females have made in the military branches we have trashy, disgusting, repugnant, and vile politicians like Marjorie Taylor Greene, Matt Gaetz and Jim Jordan that will basically say to the cameras (whether it’s to serve their base or their personal belief or both) that most, if not all, women shouldn’t even be serving. They will tell you that women aren’t strong enough to serve, they bring troop morale down, they will tell you that women are a distraction to cohesive service.

When my 17-year-old daughter brought me her research on enlisting, how it would help her and the opportunities that would be created, I stood behind her decision to enlist. At that time, my daughter identified as a lesbian and being part of the LGBTQ+ community concerned me for her safety and her ability to serve alongside the potential bigots she may run across. The military has been challenging for her, as it should be. Her Basic Combat Training and Advanced Individual Training were both extremely challenging. She was away from home for the first time where she was unable to pick up the phone and just have a chat.

Moving forward through her time in service she experienced 8 years of the Obama administration where the military went through changes that had positive effects on readiness. This included the repeal of Don’t Ask Don’t Tell as well as the more inclusive recruiting practices for those who identify as transgender, and permanent residents who wish to serve.

When Trump was named President Elect, it was right before my daughter went on an overseas deployment. She spent 9 months overseas in a place that is not considered a combat zone. Every TV on the base she was stationed at played Fox News on a loop. It’s no wonder that so many military members within the ranks have been radicalized.

In discussing Trump’s time in office, look at his effect on the military, specifically the Army. After decades of utilizing the same Physical Fitness (PT) test, the Army began implementing a new test that looked eerily similar to what one might see inside a CrossFit gym. This new test is still under review, however, initially the test was gender and age neutral. This posed an issue to females, and older service members currently serving.

The standards that were set, were impossible for someone to pass who was not male, outside the 18-30 age range. For example, the standards for a deadlift were 140 lbs. across the board. Meaning, in order to pass a female must deadlift more than their body weight while a male would not necessarily be in this position. These standards have been updated under the Biden administration, to reflect the differences in gender and age that are relevant to a physical fitness test. While the Biden administration is working to correct the inequities created by the Trump Administration, they have not all been resolved.

The issue that we’re looking at, unfortunately, is if we only get four years of a democratic president it is not enough to undo the damage that Trump and Trumpism has done to our military (and our country for that matter). Another example of the toxic Trumpism is the Active-Duty troops stationed at the Mexico/ U.S. border. The troops there do not have a mission. Under the guise of “immigration reform” Trump began to implement policies that kept families in danger before they were allowed to cross into America. He ensured that, if at all possible, families would be separated from one another as a deterrent to enter the country illegally. In getting himself installed into the White House, all Donald Trump did was pull off his largest grift yet. He built 42 miles of a “new wall” in the entire time that he was in office; we’ll never know how much money ended up in his pocket.

During an unprecedented election between Donald Trump and Joe Biden- it was announced on November 6th that Joe Biden was President Elect. This was phenomenal news, but the end for the Trump administration was not going to be graceful. Trump used every social media tool at his disposal to make his supporters aware that he was having a “Stop the Steal” rally. The way he portrayed that he was going to stop the steal was to make people undo an election that had been stolen. In 2020 Trump was already claiming that the election had been stolen from him based only on the fact that we were going to have more mail in voting. Mail in voting does not create a fraudulent voter issue, however, Democrats are more likely to send in their ballots by mail in voting given the opportunity. I believe that their internal polling showed Trump weeks before the election that he was going to lose and that’s when he started the public mantra of the election is going to be stolen.

Voter systems tightened up their security, watching to make sure that we didn’t have foreign interference in our election machines. Trump went through 70 cases (approximately), where he tried to cheat through the court and pretend that the election was stolen from him. We are almost to May of 2022, and he still won’t quit about these conspiracy theories. Trump is still making money off of the big lie. Q conspiracy theorists passionately believe that not only is JFK coming back to celebrate untold number of holidays in the future, but that Donald Trump will be reinstalled, and President Biden will be sent to Guantanamo Bay. This is completely aside from the ones that believe that President Biden is a hologram.

On January 6th we came as close as we have ever come to having our democracy overturned in our face. We had an absolute assault on our capital, and we watched it in real time. They never cut away for commercials, it was as terrifying as watching September 11th. I watched both with the same fear, and the same concern because they were both terroristic activities perpetrated by the same mindset, simply different skin color.

The perpetrators of the insurrection have not primarily been sentenced to any kind of punishments that are really going to promote them to stop what they are doing. They are essentially being slapped on the wrist too many times. Some of them are getting harsh sentences, but there are a handful of harsh sentences compared to a multitude of slapped wrists. We have a bucket full of people who have yet to be caught for their actions that day. Most importantly the group of individuals who incited the insurrection have faced no consequences, and likely never will. When they face no consequences, they will come back and do it again. Next time he will use that military that he has been weakening, and he will call martial law and take over this country permanently. He will not hand it back to those of which it belongs which are “We the People.”

That is what will happen, and everybody has to get their asses in gear we have to do something. The most important thing we have to do is fight for our right to vote and then actually carry that right to the ballot box and follow through. Make sure you exercise your right to vote, use your voice, they cannot take that away from you and the only way they try is if we let them. The only way that we get the proper rights to vote is to get those fuckers out and get our candidates in. We can’t right the ship until we get the people who are poking holes in the ship out-which is to say if you enjoy democracy, fight.

If you don’t understand what you’re truly fighting for or against, just understand it greatly serves Putin to have Donald Trump re-elected in 2024, which means having Trump sycophants in office.

We are fighting not to be decimated on our soil the same way Ukraine is by terrorists, ours would be terrorists elected by a minority of Americans to lead us. ‘They’ refer to it as another Civil War.