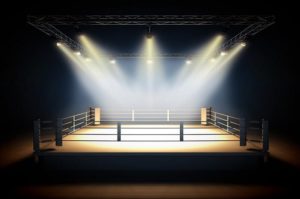 The last two weeks in the boxing world, from a UK perspective, have been pretty special BUT it is all about the biggest fight in European history this coming weekend as we have a look back at what the stories have been that have caught our attention in the meantime and look forward to that blockbuster coming our way…

Last Saturday the 16th of April saw the son, Conor Benn, of the Dark Destroyer, Nigel, take a massive stride forward as he stopped Chris Van Heerden in the second round. It was a vicious stoppage, filled with intent and power. Benn has gone 21 professional fights without defeat, and he wants the big players next, but he is still very raw. He is exciting, reckless and much like his father, but the way forward needs to be navigated very carefully or else he might just end up crashing and burning. Van Heerden was a test at a level below world class and like the others he has passed he flattened it. Next? People want Brook, others suggest David Avanesyan, whilst he wants bigger and better names. Is he ready for that? Not according to so many others – pundits, commentators AND his promoter, Eddie Hearn. What is clear is that, like his father before him, he shall be making headlines over the next few years to come and causing a lot of debate.

The week before on Saturday the 9th of April, in Japan, Gennady Golovkin turned some clocks back as he stopped Ryota Murata in a WBA/IBF middleweight unification fight in the 9th round. Shall we now see the trilogy set up with Canelo? Canelo seems less than keen; we all want to see it though.

Whilst that was happening, over in the States, Errol Spence Jr. beat Yordenis Ugas with a 10th round stoppage in Texas. Spence now has the WBA (Super), WBC and IBF welterweight titles. Spence Jr. now wants Crawford. We could have, by the end of 2022, Canelo/GGG and Crawford/Spence Jr. Could Christmas be any more appealing?

On Saturday the 9th of April, in Denmark, the WBO female bantamweight title stayed with Dina Thorslund as she beat Niorkis Carreno on points and the WBC interim super welterweight title fight between Erickson Lubin and Sebastian Fundora in Las Vegas ended with Fundora stopping Lubin after the 9th round. Both hit the canvass during the fight.

There was plenty of action over the last two weekends in the UK, but the headlines all came from last weekend, with Gavin Gwynne who won the British and Commonwealth lightweight titles on points against Luke Willis in York Hall, Chriss Billiam-Smith knocked out Tommy McCarthy in the 8th on the Conor Benn undercard for the European and Commonwealth cruiserweight titles and in Telford, the European super bantamweight title went to Jason Cunningham who stopped Terry Le Couviour in the 6th round.

Saturday the 23rd of April 2022 at Wembley Stadium, over 94,000 fans shall crowd in to see the homecoming of the Gypsy King. Tyson Fury puts his WBC and lineal titles on the line as he returns to fight in the UK to take on the mandatory challenger, Dillian Whyte. Whyte has been the WBC number 1 for so long he has outlived Presidents and Prime Ministers whilst still being the number 1 contender!

There are a number of schools of thought over how this might go. People have predicted a Fury win by stoppage between rounds 6 and 9, or an early win by Whyte with a relatively lucky punch. Other people believe that Fury shall box long and keep Dillian at arm’s length and win by superior boxing skill and others think Whyte needs to come inside and rough Fury up.

This is the biggest sporting event in recent British history, by dint of the size of the crowd and the largest attendance in Europe for a boxing match. We are promised a barnstormer and a cracker. I think Whyte might surprise but Fury may prevail. A points win would not be beyond either of them as this is a genuine 50/50 contest.

Of interest to the American market perhaps more than to us is the return of Tommy Fury on the Fury/Whyte undercard. Jake Paul’s long lost social media buddy will take on a decent prospect, Daniel Bocianski as he continues his boxing development. Paul has opined that he shall not be giving Tommy a crack at him, so this Fury is ploughing on with his career. This is a very tough fight as Bocianski has only one loss out of eleven professional fights. Fury should prevail, however.

The undercard of the biggest fight for some years has attracted a lot of criticism for being disappointing. It is. There are, however, two fights that stand out – the WBC silver featherweight contest between Isaac Lowe and Nick Ball and the Commonwealth, British and IBF European title fight between Ekow Essuman and Darren Tetley at welterweight. Lowe is the most experienced of the two featherweights, but Ball is undefeated and very, very game. This could be the fight of the night! As for Essuman, he is the type of test that Conor Benn should be having but because he is low reward and relatively unknown, he will not get a shot at Benn. Benn is off now to another place whilst Essuman deserves a shot at the big time – will this help his cause? Maybe. Tetley is a tough fight and again it could provide us with a bit of something to add to the main event.

Arguably the biggest fight in women’s boxing – and there are now quite a few contenders – but at Madison Square Gardens, headlining, is the WBC, WBA, WBO, IBF lightweight title fight between Katie Taylor and Amanda Serrano.

We have the unification fight at super featherweight between Oscar Valdez and Shakur Stevenson at the MGM Grand, Las Vegas.

It has to be the other female title fight in Madison Square Gardens between Franchon Crews Dezurn and Elin Cederroos for the WBC, WBA, WBO and IBF super middleweight belts.

Although British eyes are cast west towards the states for most of the weekend there are cards in Glasgow, York Hall, London, Birmingham and Sheffield during the week ahead.