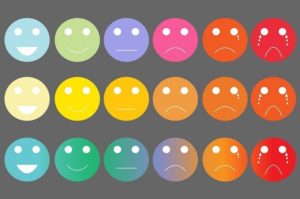 I wanted to write this article sharing my story of living with an ongoing illness and pain although you can’t see the disabling effects. I may look strong and healthy most of the time on the outside, but inside my body is fighting two autoimmune diseases. The one I’m going to share today is what I was diagnosed with approximately eleven years ago, Ankylosing Spondylitis. Doctors believed I had lived with it since my teens. It took years for me to be diagnosed, after suffering many flares of arthritic activity. It would hit my body for months at a time and then I’d feel some relief for weeks or months afterwards. I suffered through so much pain, yet I hated complaining. I was miserable and fatigued. I was grateful for the therapist who would listen to me. The therapy was my only saving grace for a while as I experienced intensified issues with my eyes. I was around the age of eighteen.

I began seeing floaters and I had chronic bouts of redness and pain, followed by multiple visits to eye specialists who would prescribe steroidal eye drops. One eye doctor, the third one I would’ve seen since my late teens, told me that the chronic bouts of iritis and acute anterior uveitis were a concern to him because I was young and seemed so healthy. Unfortunately, I had been coping with back and hip stiffness each morning, various joint pains, headaches, fatigue, and persistent bouts of eye inflammation for several years. It was any wonder I had not been referred to a rheumatologist, but I received my first referral to one after this eye specialist had expressed concerns. Then, like magic, I’d experience a break from all symptoms. I didn’t know I was going through a remission of the illness. I tried to keep a smile on my face and tell everyone, that I was fine. I didn’t like people to know what was really happening to me.
I used to love my job as a librarian’s assistant, but I would come home after work and cry because of all the pain my body was in. My legs, back, hips, heels, and ankles throbbed with pain most days. After so much complaining to my doctors and experiencing the remissions and flare ups over the years, they still couldn’t give me a good explanation as to what was happening to me. I would wonder, for over ten more years, what was happening in my body. During 2012, I met Dr. David Michel at the Christiana Care Rheumatology department. He was kind and didn’t rush the consultation. Before he started talking about my symptoms, he asked about my children and told me things about himself, his background, and his young family. I remember him saying that he was almost certain from looking over my medical records what mysterious illness plagued me. He said it was shocking that no one put all the pieces of the puzzle together by the time I had reached my mid to late twenties. I had just turned thirty-six years old only two months before I sat in that appointment.

He went on to say, “Forgive me if I seem almost too enthusiastic about your case, but these are the very things we researched while I was at NIH.” So, I got my new doctor from NIH (a research hospital in the States). He was helpful and hopeful! After studying my medical record and putting together the pieces of the puzzle, then ordering genetic tests, more blood work, MRI, and nuclear bone scans, he and my medical team believed they had found the right answer! As I started my new journey, I hoped to find some relief and comfort. The darkness I had felt, no one should have to feel. I have suffered pain from this illness for over 25 years. Or at least this is when I can remember the pain starting to creep through my body. I felt like something was draining the life out of me. It also felt like I wasn’t going to ever function the same again.

I would sometimes drop things, not understanding why I would lose my grip. My knees used to pop out of joint. My hips and lower back (around SI joint) ached most days. I have fallen for no apparent reason. The thing is, there was a reason. It’s crazy! I could keep going on and on with random side effects. I was slowly giving up on myself. When you experience these things and then they suddenly stop for a couple of months, you begin to question yourself. I thought maybe I was stressed and feeling all these things. I was told by my doctor that autoimmune diseases are not commonly found. More is being learned about them, but even rarer types of autoimmune diseases could easily get overlooked. Both my rheumatologist and I were trying to understand how no one was treating me for something that had been progressing and deteriorating my body for so long. I’m grateful for the medical intervention, the biologics which helped raise my quality of life, my family support, and devoted friends. I try to educate our friends and others about this illness. I also help my younger son who was diagnosed with the same a few years ago. I continue to battle the difficult days, especially thinking of how to be an example to our son. We are both living with this invisible enemy and learning to be chronic illness and pain warriors now.