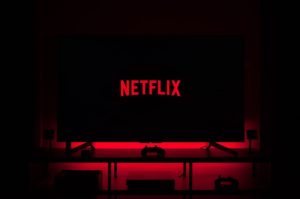 Growing up TV only had a handful of channels. There was no staying up all night to binge television shows; because at some point the channels would say good night, play the anthem, and sign off for the night. If you wanted to watch a show again you had to wait till there was a rerun, and not everything came back around. Sometimes you just missed out if you missed it the first time around.

Boy, times have changed. Blockbusters became really big. You could go to the video store, pick out several movies (no more than three) and watch more than one movie on VHS. Be kind and rewind. At some point there were DVDs. You could also rent TV shows and mini-series of some of your favorites from TV. A long way from having to wait for the rerun to come back around.
The world being what it is, we changed some more. Netflix made it to where you no longer had to leave your house to rent videos. You would subscribe to a monthly service and you had access to all the movies they had. They also had DVD’s that they would send you in the mail and you mailed them back when you were done. It changed the game for so many people and even Blockbuster tried to get on the bandwagon and have a subscription account that allowed mail in and you could go to the store and pick out videos but eventually went out of business.

Netflix’s success was noticed and copied. Now there are multitudes of streaming services. I thought Netflix would be on top of them all forever. It now turns out Netflix is losing subscribers. The competition is becoming too much and not to mention how many people share their password to their accounts. Today Netflix lost fifty billion dollars in value on the stock market after they announced they lost two hundred thousand subscribers in the beginning of the year and expect to lose 2 million more in the next quarter.

Personally, I would not count Netflix out. They were the pioneers in the streaming business and they were the first to come up with original streaming content that won awards. I am not happy that they are saying they will possibly add commercials. From the time I had a VCR that could record I bypassed commercials. The more ways we find to bypass commercials the more ways they find to make us watch them.

This will be an interesting journey to watch. I wonder what the next journey of TV watching will be. Before we had a reason to stay loyal because there was no one else that could compete. Now there are so many platforms that have the same shows. Well, except for the original content. I will keep my eye out to see if they rise above this time.