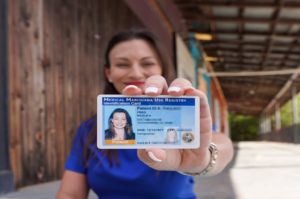 Democratic Florida Gubernatorial candidate Nikki Fried has filed a lawsuit against President Joe Biden’s administration to override the rule regarding losing your Second Amendment rights if you have a medical marijuana card. Currently, the federal law prohibits medical marijuana users from the ability to purchase firearms or possess a concealed weapons permit.

While it seems that most of my fellow liberals are ready to grab the pitchforks against Fried for what they see as a frivolous lawsuit. I’d like to explain how I believe this is the right thing to do.

First and foremost, I’ve had a hard time understanding why people are upset over medical marijuana users having their gun rights. Yes, marijuana is a drug but when’s the last time you ever heard of someone who’s stoned on weed being involved in a shooting? In the words of Marjorgy Taylor Greene, “I can’t recall.” You can be an alcoholic and still own a gun, which I would say is significantly a more lethal combination.

Secondly, from a campaign strategist perspective this is quite brilliant. Realistically this lawsuit is harmless politically for President Biden. Yet Fried fighting for Second Amendment rights for stoners also prevents incumbent tyrant Governor Ron DeSantis from using the whole “the left are gonna take away your guns” attack during the race. That means a moderate or independent voter may lean towards considering Fried over DeSantis as there’s one less fear mongering attack he can use.

Fried’s lawsuit would protect those rights on a national level. That would also help Democrats across the country be able to shut down these same arguments their GOP opponents try to spew, which could ultimately hinder Republicans taking control of the House and Senate after the midterm elections in November.

“This is just one of the many areas where medical marijuana patients face discrimination or access issues due to being prescribed a state legal medicine,” Fried said. “We hope to see the federal government take action to address this violation of medical marijuana patients’ constitutional rights and to also take action to legalize cannabis overall, to end the horrible discrepancies between state and federal laws that continue to harm patients, imprison tens of thousands of Americans and stifle the growth of the cannabis industry to the detriment of our economy.”

Personally, I think she’s right. I’ve never met anyone who was angry or aggressive after they smoked marijuana. In fact, suicide rates in states that have medical or recreational cannabis laws dropped significantly in comparison to those who have still outlawed the herb. I believe there’s been a lot of strategizing on this and in the end it will ultimately help Democrats keep a majority in the House at least and possibly help make Florida more blue again.