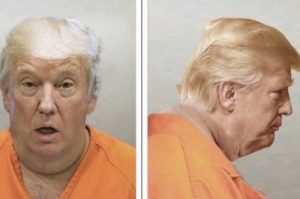 My, my, my….if it isn’t the consequences of Donald Trump’s actions showing up right when we needed them.

Monday mornings are usually dreadful, but this one seems to be better than most. A New York judge has decided to hold former President Donald Trump in contempt of court for his failure to comply with a subpoena regarding business documents related to the investigation being conducted by the NY state attorney general’s office into the Trump Organization’s alleged tax fraud and evasion. More specifically, regarding alleged improper inflation of the stated values of the companies real estate assets to help obtain more favorable fiscal terms for loans, insurance coverage, and to lower the amount of taxes they paid.

“Mr. Trump … I know you take your business seriously, and I take mine seriously. I hereby hold you in civil contempt,” said Judge Engoron, per the Reuters report. Of course, Trump was not in the courtroom. Judge Engoron also cited Trump’s “repeated failures” to provide the NY AG’s office materials being sought by James’ investigators.

NY Attorney General Letitia James’ lawyers went on a rampage in the Manhattan courtroom, blasting the one-term Chicken Head-in-Chief for dragging his feet in turning over the demanded documents. The contempt finding by NY Supreme Court Judge Arthur Engoron means that Trump will have to pay a fine of $10,000 per day for each day he does not turn over the requested documents. He did not immediately say if Trump’s “obligation to pay $10,000 per day is retroactive to March 31, the deadline for the subpoena,” per CNBC’s reporting.

NY AG Letitia James tweeted that “today, justice prevailed.” In her statement, James said, “For years, Donald Trump has tried to evade the law and stop our lawful investigation into him and his company’s financial dealings…Today’s ruling makes clear: No one is above the law.”

Last week, Trump’s lawyers made legal filings regarding the documents in question over their findings during a search of the records, claiming that Trump “was not in possession of any documents responsive to the Subpoena and that all potentially responsive documents were in the possession, custody or control of the Trump Organization.”

Habba also stated that “this does not even come close to meeting the standard on a motion for contempt and, thus, we intend to appeal.” She told Judge Engoron at the hearing on Monday that Trump did not deserve to be held in contempt. Habba also claimed that the Trump Organization was “right on schedule” with providing the attorney general’s office with documents they’ve requested; she then proceeded to call AG James’ probe “a political crusade” as James is a Democrat.

While it’s not the legal outcome most have been waiting to happen for years, it’s the first consequence Trump has faced since leaving office in January 2021. It may be a small win but it’s something. No word yet on how Trump would be paying the fines if the order is kept in place, but I’m sure the RNC is panicking while looking at their bank account right now.