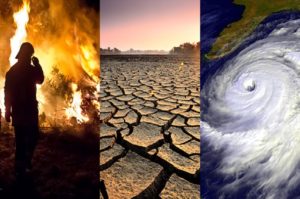 As so many issues loom over most Americans’ minds and a larger percentage of the country is back to schools and offices, there has been a drop in the interest shown in our Earth. As we had the 52nd edition of Earth Day on April 22, 2022, in the United States, it is noteworthy that a percentage of Americans do not feel climate change is of any importance. This year, stark evidence of climate change piled up as the world suffered heat waves, wildfires, droughts, floods and storms. Climate change has been and still remains a higher-priority issue for Democrats than for Republicans. The issue has not been of great concern to most Republicans in this last decade. Six in ten called it a “low priority issue” in some recent polling. About four in ten don’t think it needs to be addressed at all. I can’t wrap my brain around that, but this is what happens when you don’t favor science. Pocketbook issues like the economy and inflation rank as top priorities for almost everyone, but many Americans still acknowledge climate change.

Historically, Democrats have mostly favored policies and efforts to reduce climate change, whereas Republicans have been less supportive or opposed to such policies. There has been a call for action and awareness in our everyday life. We have been called upon to change our lifestyle, looking for ways to consume less and choosing products that we don’t have to throw away. Currently, research shows we as Americans waste over 60% of the energy used and we don’t even want to start discussing how much food we waste in our country. When we had a science denier president in office, the attitude among Republicans and some Independents became nonchalant regarding changes in our environment. Among Democrats, climate change remained a bigger priority, especially for liberals more than it was for moderates. Among liberal Democrats, climate change slightly outranked economic issues as a “high priority,” while moderates placed economic issues ahead of climate change.

In a February poll conducted by CBS News, 55% of liberal Democrats said the Biden administration was not focused enough on climate change. In fact, the issues that both moderate and liberal Democrats were concerned with included climate change, the Russia-Ukraine tensions, the economy, and inflation. Overall, 43% of Americans approve of Biden’s handling of climate change. The White House said that Biden will unveil plans in April or May to expand his administration’s efforts to reduce greenhouse gases and better protect the nation’s forests from destructive wildfires. There are nature-based solutions to help our farming, help clean up our air and water, and protect our ecosystems all while investing back in biodiversity. The White House said that Biden will deliver remarks and sign an executive order to safeguard mature forests on federal lands, combat global deforestation, and strengthen reforestation partnerships across the United States.

The executive order will also highlight nature-based solutions to reduce emissions and build resiliency in the ongoing efforts against climate change. The plan is to utilize science-based fuels and forest health treatments to treat millions of acres across federal and non-federal lands. Scientists have warned with increasing alarm that this kind of destruction will become even more frequent and more intense as the world warms. Science really does matter, and it is refreshing to get back to leadership which takes the facts seriously. The White House said that the president’s actions stem from the growth in extreme weather and wildfire events. We all may have taken notice of the number of wildfires which have ravaged western communities this year in California, Arizona, Colorado, New Mexico, and the Pacific Northwest.

Another vital way to slow the effects of climate change is transitioning to renewable energy sources. More than half of Americans think U.S. policies should move forward and encourage electricity from solar and wind sources. Those who feel climate change can wait to be dealt with in the future—or not deal with it at all (a Republican-leaning group), tend to prefer U.S. policies that encourage electricity from oil and coal or not encourage power sources either way. Conservatives seem to have a long and complex history of disliking science because the scientific results usually counter their own religious beliefs or goes against their corporate and personal profits. It’s crucial that nature enter economic and financial decision-making in the same way buildings, machines, and roads do. This topic of climate change exemplifies one of the major differences between the political parties. Climate change still matters to Democrats and Independents. Republicans are now finding themselves completely alone in the world as they desperately cling onto the denial that climate change even exists.