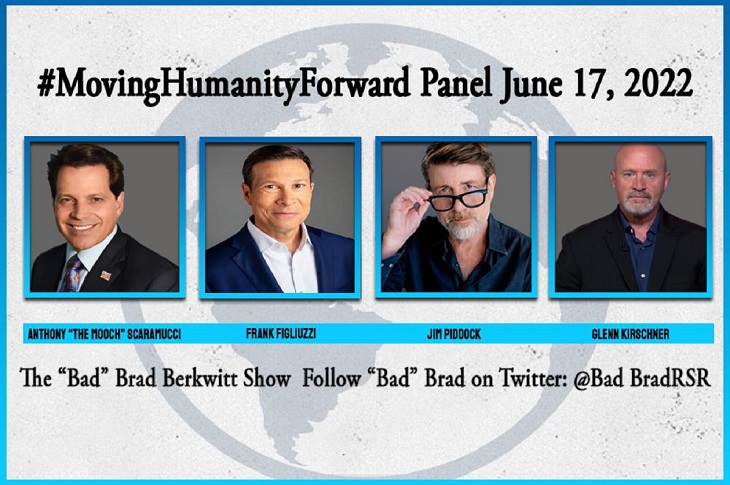 Four gentlemen who have appeared for a 360 conversation with “Bad” Brad return to The “Bad” Brad Berkwitt Show.

Skybridge Capitol Founder Anthony “The Mooch” Scaramucci, Frank Figluizzi host of “THE BUREAU WITH FRANK FIGLIUZZI” and author of “THE FBI WAY”, actor Jim Piddock who also is the author of “CAUGHT WITH MY PANTS DOWN and other tales from a life in HOLLYWOOD” and Glenn Kirschner host of “JUSTICE MATTERS” headline the #MovingHumanityForward panel on Friday June 17, 2022.

You will not want to miss this show…