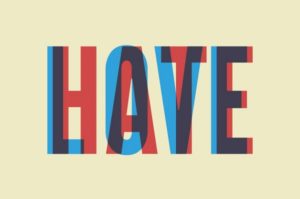 “What is wrong with you, “I yelled.

Madly pushing buttons, I muttered curses at the silent object before me.

“You were fine two days ago. I need you Now!”

Staring at the silent object in front of me, I plopped down on the stool beside it….in silent defeat.

The washing machine was filled with clothes.

The correct soap had been applied, just the way the machine had always liked it.

I had even spoken kindly to it.

Was this a battle I could not win?

The warranty had expired last month.

Was this simply a case of the animosity of inanimate objects?

I couldn’t believe it.

Perhaps it needed a silent rest.

I would wait a while.

And so I sat and mused.

Who was the wonderful human who came up with the idea of a machine to do the dirty work?

It seems that there were several inventors who worked on this miraculous device.

Somewhere in France in the early years of the 1800s, a device called a ventilator appeared. It was a metal drum pierced with holes and it had to be hand turned over a fire. Not for me! Most likely, I would have set the nearby environment ablaze!

In 1851, James King received a patent for one of the first modern machines; it did have a drum and was also hand powered. About that time William Blackstone became well known for creating a washing machine for his wife.it was in 1874 and was a birthday present for her,. I have been told that she was ecstatic about her gift.

Then along came a machine called The Thor, from the brain of Alva J. Fisher. It was a drum, of course, but this time it had a galvanized tub.

The Maytag Corporation entered the picture in 1907 with a wooden tub and they were quickly followed by the Whirlpool Corporation, with its electric motor driven machine that had a clothes wringer.

But the very earliest washing machine was back in 1797, when an unknown person invented the scrub board. Indeed, a great help in its day.

As I sat and continued my musings, I noticed a black cord lying quietly on the floor. I followed the cord. Someone had moved the washer to clean behind it.

I continued tracing the cord.

I noticed an empty socket.

I plugged in the cord.