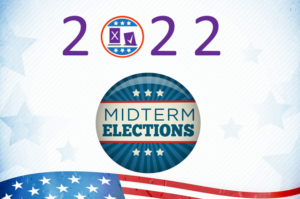 As the months roll along, we find ourselves facing the midterm elections before we know it. Now is a time to see the work put into some tangible results that touch everyday people’s lives. Then Democrats can go to the polls in November with their heads held high. As so many issues hang over most Americans’ minds, Democrats can’t afford to lose a single Senate seat and are at risk of losing the House in November. Summing up her role in the Democratic Party at the moment, Sen. Elizabeth Warren, (D-Mass.) said: “My job right now is to light the fire of urgency. We can’t waste a single day.” In tandem with Congress, she also wants President Joe Biden to cancel student loan debt, raise overtime pay, and use executive actions to bring down drug prices. With the evenly divided Senate struggling to pass a $10 billion coronavirus bill, Warren is pitching her revitalized agenda as a vital antidote to conservative framing of the election.
Economically struggling Americans “creates an urgency that Democrats need to respond to. That’s why we’re here.” Warren said. “We’re here to make a real difference in the lives of people who need us.” Democrats already passed a $1.9 trillion coronavirus relief law, a $550 billion bipartisan infrastructure law, a government funding law, postal reforms, confirmed a new Supreme Court justice, and are on the verge of clinching a competition and manufacturing bill. Sen. Jon Tester (D-Mont.) wants the Senate to focus on lowering meat and prescription drug prices. “The inflation thing is really difficult because people will assume it’s Biden’s fault or our fault. When in fact the pandemic is causing more of this than anything else. And Ukraine is not helping,” he said, “We’ve got to figure out things that we can do that we can tout.”

Some Democrats see a real risk of disappointing voters if they don’t take more action after running on a sweeping anti-corruption bill, federal elections reform, beefing up social spending programs, and reversing the Trump tax cuts. Sen. Michael Bennet (D-Colo.) said that generally, “I definitely think that over-promising and under-delivering is not an effective strategy. What I would be doing is reversing the Trump tax cuts for the wealthiest Americans and extending the Child Tax Credit that expired in January,” said Bennet, who is up for reelection this fall. “That would help.”

Sen. Bernie Sanders (I-Vt.) has advocated that Chuck Schumer (D-NY) put popular pieces of the defunct “Build Back Better” on the floor and dare Republicans and Manchin to block them, a strategy the Democratic leader has declined to embrace. Warren isn’t exactly pitching that, but she said there could be some utility to creating contrasts between the two parties. This sets up a complicated dynamic for Senate Majority Leader Schumer as he navigates the tension between multiple ambitious members’ visions. As Biden is asking for more money for military aid for Ukraine, there’s bipartisan handwringing over Biden’s border policies, and Democrats are still itching to confront rising prices. There are also plenty of nominees Biden still wants confirmed while Democrats control the Senate, and there is a decreasing window of floor time.

There exists a dilemma as to what should be put on the floor that gets the most bang for the buck. For all the worry over Americans’ dissatisfaction and how it translates at the polls during midterms, there is the real possibility of President Biden support in strong numbers, which is worthy of serious consideration. Readers who don’t recall the following could do a search for “Joe Biden and 2020 Iowa caucus” and “2020 New Hampshire primary,” where words such as “humiliating” and “disaster” were widely used. You may recall Biden’s candidacy for president was pronounced dead and buried by almost all political analysts. Then do a search for “Biden South Carolina primary.”

I remember it vividly and I was keeping a pulse on it through family and friends across the states. It gave me a sense that Black voters were mobilizing. Biden’s win was deemed a major victory, as he won all forty-six counties in the state of South Carolina. The win was largely attributed to his support from 61% of African-American voters. It is worth noting that African-American voters make up approximately 60% of the Democratic electorate in South Carolina. Primary voters mostly said that they made their decision after Clyburn’s endorsement, and they didn’t feel they were even on other candidates’ radar as a Black citizen. When they voted for Biden, the outcome significantly boosted Biden’s chance of winning multiple Super Tuesday states especially southern states like North Carolina, Texas, and Virginia.

Trump divided, criticized, and ripped apart the nation in most Black voters’ opinion. I have spoken with many and myself would agree that Biden has made efforts in a significantly abbreviated time to unify, strengthen, and lift alliances up. There is a lot on his plate, but it will bode well for him and Democrats not to forget us as Black voters in the plans for moving forward together. Biden’s administration will try, and we know it won’t be perfect, but we can’t let up our pressure on them. Surely, Democrats will pass some new economic initiatives before the midterms. Biden will execute some important executive orders giving Biden and Democrats a compelling case to take to an American people facing economic trouble.

Economic solutions, progress towards equity and equality, combatting coronavirus, climate change, caring for our seniors and the list goes on and on of what we’re needing. We need to give Democrats an opportunity to get more work done and implement solutions. We know having more Republicans in office will mean obstructionists and more courting of white supremacists and homophobes. Even President Biden wondered what the party is interested in other than defeating his presidency. Biden added: “Name me one thing they’re for.” Yes, we voters all need to remember this when getting ready for the midterms.