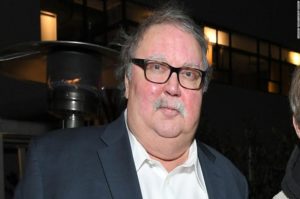 Ringside Report sends our condolences to Michael Hagerty’s family during their time of grief.