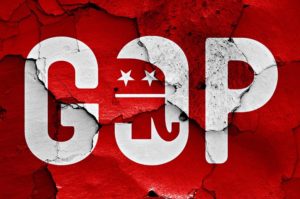 If this was a book, I would say rewrite it. How do you have a group of people screaming for Hillary Clinton to get locked up behind her emails only to have their emails become a focus of investigation? The RNC was with Trump all the way in scrutinizing Clinton every chance they got. It was a very important topic for them until Ivanka was put under the microscope for her emails. Trump of course denied it and in his wag the dog way of governing tried to change the subject by making a statement that declared his unwavering loyalty to Saudi Arabia even though it had been concluded they were responsible for Khashoggi’s death.

Now the RNC supports a failed president that attempted a coup against the United States of America by inciting his maga following to attack our Capitol. Along with supporting him they are also trying to cover for him. They have paid over three million dollars and counting for his legal bills. It upsets me. Maybe we should not care but this man attacked our country and they are paying to protect him from his crimes.

The January 6th committee wants to look at the RNC’s emails. The case made it to the U.S. District Court. Judge Tim Kelly rejected RNC’s lawsuit to block the Committee from seeing the emails. He granted the January 6th Committee access to emails from November 3rd to January 6th. He left room for the RNC to appeal the decision. Matt Raymer, the chief counsel for the RNC has already stated they will be appealing the judgment.

The thought I would like to leave you with is the state of our democracy. Is our democracy still intact? We have an entire party fighting to help a guy who incited an attack against the Capitol of America. Not only are they protecting him but they are also covering up for him. These are Americans protecting our attackers. Trump started his political career in 2015 with chants of lock her up. All behind Hillary’s emails. He even broke the law and asked Russia to get involved. Now here we are in 2022 and there are so many texts and emails already that are damaging to the party but there could soon be more to come. I don’t know how there is no judgment against the RNC or the GOP when they all took oaths to protect us but instead, they are doing the opposite and protecting our attacker.