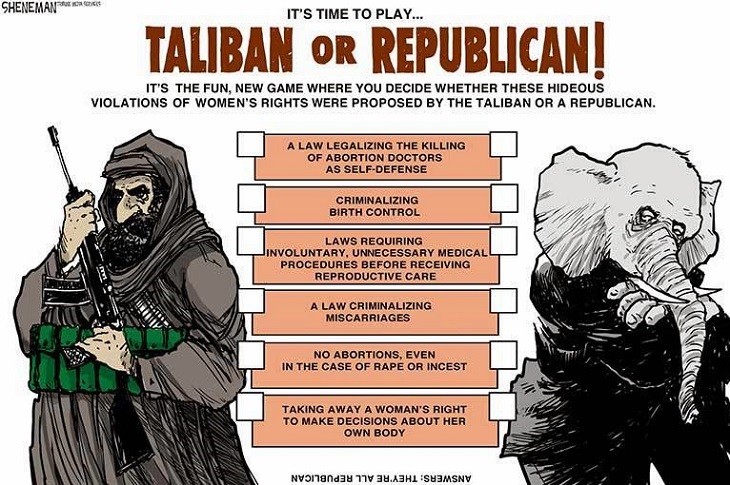 Over the last few years we’re noticing the GOP taking a hard stance against various civil rights and becoming a party of obstructionism towards Democratic presidents. In the past, I’ll admit I didn’t have arguments or feel any friend was lost if they were a Republican. In recent times, starting with the Tea Party’s inception, and especially since Trump’s presidency, I couldn’t have reasonable conversations with those same individuals. I heard it said once that we live with an emboldened GOP leadership with a core group of conservatives eager to hijack the basic processes of government—if only to make a point. The obligations of government have been complicated for more than a decade, since Republicans swept into the House majority in 2011 under President Barack Obama, and proceeded to use whatever they could as leverage to highlight conservative policy goals. Many former Republican voters felt their leaders were no longer fighting for them, just fighting against the President.

It is this hard line that seems to make them extremists of sorts. Perhaps they allowed their party to be hijacked by a form of conservatism that wishes to restrict teaching on race, diversity, and social-emotional learning. The form of thinking that denies racism was embedded in our American society and its legal systems in order to uphold the supremacy of white persons—which Conservatives say is divisive. A form which happily denies gender pay gap, climate change, and many other scientifically based truths. I wonder what is happening to our friends and sometimes family members. This reminded me of what has been happening in Afghanistan lately. I have a close friend whose family is in Pakistan near one of the Afghanistan borders, where she herself moved from over 20 years ago. My friend Afshan is more familiar with what has been happening to in those areas and helps to provide insight to me. Just this week, Taliban rulers ordered all Afghan women to wear head-to-toe clothing in public — a sharp pivot that confirmed the worst fears of human rights activists and an already distrustful international community.

The latest decree says women should leave the home only when necessary (whatever they think that means), and that male relatives would be fined or jailed for any women’s dress code violations of the family. This has been the latest in a number of repressive proclamations by the Taliban leadership, not all of which have been implemented. Last month the Taliban forbade women to travel alone, but after a day of persistent opposition, it has since been ignored. To think that they tried it at all is disturbing. The United Nations Assistance Mission in Afghanistan said, “This decision contradicts numerous assurances regarding respect for and protection of all Afghans’ human rights, including those of women and girls that had been provided to the international community…” The Taliban previously decided against reopening schools to girls above sixth grade, which is reneging on an earlier promise and opting to appease their hardline base at the expense of further alienating the international community. Now you can’t tell me this doesn’t remind you of the GOP in its current state? They wish to appeal to its most extreme factions even at the risk of alienating the rest of the country.

Republican bigots are using Trump’s Supreme Court to come after everything, but it has not garnered support from the international community of leaders, only from other extremists who aren’t invested in unity and support for human rights. The Taliban has been mired in a worsening humanitarian crisis too. Senior Afghanistan researcher Heather Barr of Human Rights Watch urged the international community to put coordinated pressure on the Taliban. “(It is) far past time for a serious and strategic response to the Taliban’s escalating assault on women’s rights,” she wrote on Twitter. The Taliban were ousted in 2001 by a U.S.-led coalition for harboring al-Qaida leader Osama bin Laden and returned to power after America’s seemingly chaotic departure last year. Since taking power last August, the Taliban leadership has been squabbling among themselves as they struggle to transition from war to governing. It has pitted the extremist against the more pragmatic among them.

A spokesperson from Pangea—an Italian non-governmental organization that has assisted women for years in Afghanistan, said the new decrees would be particularly difficult for them to swallow since they had lived in relative freedom up until the Taliban takeover. As my own friend reiterated, it would be dramatic and infuriating to them to start living under harsh rule again. Some Afghans are trying to send their girls to live in Pakistan to receive education. Universities opened throughout much of their own country, but only a handful of provinces continued to provide education to all. Most areas closed educational institutions for the girls and women. Again, I stop and ponder over the few Republicans who may seem reasonable and sensible, but most are willing to pander to the most extreme ideologies. Where does it stop? We already sense a desire to take Black people, immigrants, and women back by decades. Are they competing with the Taliban now?