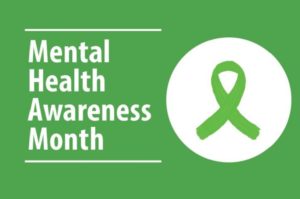 People don’t much like to talk about mental health. Depression, PTSD, anxiety, and a host of other things that people suffer with are topics people would much prefer to breeze over than have a real meaningful chat about it. I get it. It’s hard to talk about something you can not understand or help with.

I confess I feel alone a lot. I confess I think about suicide a lot. It’s a fight that I fight daily. I don’t feel like I can talk to people about how I feel because I don’t want to burden people with my feelings. I think now of how Naomi Judd’s children announced her death. She lost her battle with mental health. That thought haunts me. I know she has been fighting for years. How do you give up on something you’ve battled for so long? I will tell you how. You get tired. You get tired of being the person that always needs help. You get tired of people saying things like “are you still depressed”. You get tired of feeling like a burden. You get tired of being tired and one day you choose not to fight.

My mindset now is to always fight. I tell myself that I would rather not leave this earth in a depressed state. I think about people like Robin Williams, Anthony Bourdain, Cheslie Kryst, and now Naomi Judd. What pain does their family feel now? What lives have been damaged forever because of the loss due to suicide? Did the family members understand the reason they had to do it? Fame, money, or love from and for others doesn’t seem to be enough to make people hold on.

My advice to anyone wanting to help someone who struggles with mental health issues is to be an ear. Maybe you won’t find the right words but you can always listen. Try seeing the pain as physical pain. I use cancer as a metaphor for mental health. You cannot see it but you know the person is sick. You don’t tell people with cancer “oh just cheer up” or “just get over it”. You should not do that when talking with someone in a mental crisis.

I am glad they have a mental health awareness month. People are beginning to understand that ignoring the problem doesn’t alleviate the suffering but it increases the suffering. Now they talk about depression medication on TV when before you only heard about it at the doctor.

I use me as an example because I know how it feels. When I hear that someone committed suicide, I don’t have the reaction of how dare they do that to the one’s they left behind, I feel a sadness for them that they could not hang on one more day. Maybe tomorrow will be a better day. Those are the thoughts I hold on to.