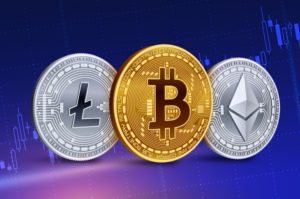 I had a conversation with my sister once where she told me Bitcoin is the future. She told me it was designed to be unhackable.

It has been reported that hackers have stolen $615 million from its system. It’s not the first hack of stolen money from cryptocurrency and I am sure it will not be the last.
On top of the hackers, they have to contend with, they recently took a big hit in the stock market as well. Over $300 billion of cryptocurrency was wiped out. That’s a lot of currency. That much money could feed nations.

I am no expert on crypto currency, nor is my sister (but I won’t tell her that.) My thoughts on money that is not tangible money is there is danger. If it is done through a computer, you best believe someone who knows how to work computers can figure out a way to relieve you of your computer money.

Daymond John of Shark Tank says this is the time anyone who ever wanted to jump into cryptocurrency to dive right in. He, being a money guy, believes that cryptocurrency is not going anywhere. It’s hit a low point right now but people should stay with it because it will build back up.

I say if you do take his advice, don’t sink your life savings in. If you get a ticket for the Titanic bring your own life boat. It could turn out to be the best investment you’ve ever had or it could leave you floating in the Atlantic Ocean. Do your research.