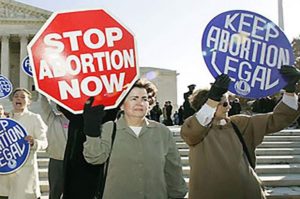 If my estimate is correct, many have signed on to read what the hell I’m writing about it, regardless of what side you’re on.

Let me know via the form box below if you have comments please. Décorum required.

The title of this piece was an actual quote I saw in a prayer column acquired from a YouTube ad.

The ad showed a screen sized picture of The Mother Of Christ, who gave him the comfort of a loving start, not knowing where this new reality would take her, laws being what they were.

The fact that she found herself pregnant without a partner or family until Joe, The Carpenter came along, from out of nowhere, and decided to assist her by becoming her mate, was a lucky story for her. They would’ve stoned her and her unborn child to death for having been a wanton woman, without knowing the back story.

She must’ve been so relieved. What a wonderful person Joe was. There are far and few, these Good Samaritan’s, but if like attracts like, it would make sense that she met a dude who was as cool with her being pregnant as she seemed to be.

Mary had a cousin, Elizabeth, who also miraculously became pregnant at a late age. She was delighted by this, after trying for so many years to HAVE a baby and having lost hope of ever knowing that wondrous love.

Here we have a few scenarios which, ironically mirror where we are at this moment in time, and even worse.

The Bible itself states that a fetus becomes a living being after taking its first breath. There are instructions in the Bible on what to do to end an ill timed pregnancy. Yes, go research it yourself. Crack that book open and check it out.

Given the Crooked GOP only uses parts of the Bible which seem good enough to scare the majority into submission, if they were really into their religion, they should know that women have been ending ill gotten pregnancies with written instructions in their guilt-free holy scriptures since B.C.

Meanwhile, today’s attempt to demonize America’s Roe v Wade laws by prosecuting those needing or providing ob-gyn care for women; besides being unconstitutional, and a grave civil right infringement, is born from hypocritical BS.

I don’t understand why the Medical Association is not screaming at the tops of their lungs, siting infringement upon their Hippocratic Oaths.
I’m Pro-Do YOU!
I was given the right to make my own choice when it was my turn. I believe everyone has that right.

It does not belong to Kings, Queens, Regent, Presidents, Congress or Political Views. That right begins and ends with the one hosting the zygote and her care providers, period.
The GOP, Right Wingers and religious hearsay have no place within a woman’s womb.

Personally, I am betting on Roe v Wade being hammered into being, never to be discussed in a political platform ever again. This past week-ends marches throughout America and the fact that we have the names of those who are against women’s freedoms, should make it very easy for those concerned, refusing to becoming condemned from having the free will to choose their fates and destiny’s.

We do not have a society that is Pro-Baby, Toddler, Child, Day Care, Financial Assistance, Free Schooling or even free College Tuitions. These corrupt folks are only attempting to increase the population given they were responsible for one million plus Covid deaths. They could give two figs regarding what happens to unwanted children from unwanted pregnancies. They are what needs to be aborted as soon as possible.

FYI- Never did any of the pregnant women mentioned in the Bible ever have to show credentials to travel like states have already indoctrinated into laws TODAY, 2022 AD.
Onward and Upward, we continue moving humanity forward, all of us, together v. The Corrupt, who detest the thought of “killing babies”, but scream about powdered milk designated for toddlers of newly arrived, soon to be documented Americans.

FK THEM AND THEIR CROOKED POLITICS!

Sending love to All,