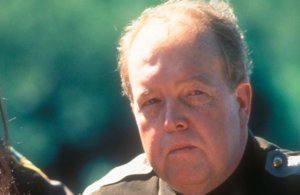 Actor John Aylward, known for his role on ER (1994-2009) passed away of natural causes on May 16, 2022 at his home in Seattle. He was 75.
In his native Seattle, Aylward was involved in the theatre during the 1970s. He was a founder of Seattle’s Empty Space Theater and worked regularly as a company member of the Seattle Repertory Theatre.

It was at a 1996 stage production in Los Angeles when he was offered an audition by a producer of the TV series ER. Aylward was ultimately cast in the role of Dr. Donald Anspaugh. Aylward appeared in 74 episodes of the hit medical drama from 1996-2008. Aylward is also known for his guest appearances on THE WEST WING (1999-2006).

Ringside Report sends our condolences to John Aylward’s family during their time of grief.