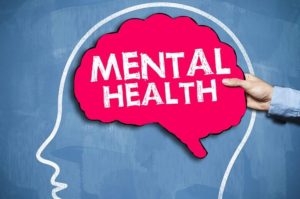 In Buffalo a right-wing gunman who bought into the paranoia of white replacement theory killed ten black people. He had the word N****r written at the end of his barrel as he filmed himself killing. When some Republicans were asked to comment on him, they chose to blame what he did on mental illness; instead of white nationalism/white supremacy. They do not want to acknowledge white supremacy because then it means something needs to be done about it, but that’s their base.

I cannot say if the man had mental problems or not, nor can they. I can say that he wrote out a manifesto that wasn’t written in gibberish. He was very intentional with why he was there and who he was after. He did not come up with white replacement theory. He learned that. So, if by chance he was crazy, it was the crazy propaganda that gave him a place to target. He wanted the world to know that his purpose was race. He is now a hero to many. Not because he is mentally ill, but he did what a lot of them dream of doing when they play those video games.

Recently Dave Chapelle was attacked on stage. Dave Chapelle defended the guy saying maybe he needed mental help. Because of the public incident, police recognized the attacker as someone they were looking at for stabbing his roommate. This is a pattern. This person does not get to attack people and get away with it because he is mentally ill. Before we label someone as mentally ill we should get more information.

The part of the reason there is such a stigma on mental health is because mental health becomes the boogie man equal to bad people. Sometimes people prefer to blame illness then admit that people do bad shit.

In no way am I saying that sometimes mental ill people don’t do horrific things. I am saying that every bad thing is not because of mental illness. Even if the shooter was mentally ill there should still be an address to the intentional racism that he put out to the world.

There should never be a jump to mental illness. That should be something that is tested or well documented. I wish reporters would ask “what are you basing your diagnoses of mental illness on?” Instead, they let them dodge the issue. They do the same when the question is about gun control as well. Yet they will be the first to vote no when asked to put mental health restrictions on gun purchases.

Mental health is not an excuse but a dodge. Investigate it before you attach the label.