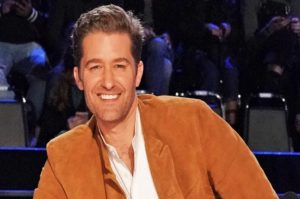 One of my favorite shows is So You Think You Can Dance. I love watching those with passion and new vision develop their craft. This season has recently returned with new judges. Twitch, who was once a contestant on the show and also worked with the show over the years. Matthew Morrison who was on Glee and he also does Broadway. Then there is JoJo Siwa who some may know from the Dance Mom reality show and loads of movies.

I caught the third episode. They focused on how Matthew and JoJo had a brother and sister relationship and were creating such a bond. Most of these singing or dancing contestant shows are mostly about the personality and the connection of the judges. The dancing is why you come but judges bring you back season after season.

The show barely got off the ground and Matthew Morrison has been fired for flirty text.

WTF is wrong with him? In his defense he has worked on other dance contestant shows where they encouraged them to contact the contestants but it was not in America. It makes me think of Paula Abdul who allegedly dated one of the contestants on American idol. It sounds icky. Has he not heard of me too?
I really wanted to feel bad for him because I liked him on the show. I even believe it may have been an innocent text as he claims. This day and age you have to be careful. Those are kids he worked with on the show. It was the person he texted who turned him in to the show. So even if they buy his story of innocence, it is now the show who has to prove they will protect the contestants.

I can only wonder who will replace him. Will they dip into Dancing with The Stars alums? JoJo Siwa got second place in the show so why not add someone else to make her feel a little more at home. Twitch has been around forever so he seems to know everyone.

Time will reveal the answers to it all.