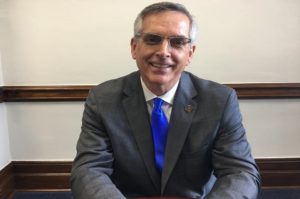 I will admit I enjoyed seeing Marjorie Taylor Greene squirm in her seat as she was being questioned under oath. The whole time I knew nothing would come of trial. We got some fun soundbites but, in the end, the whole thing was going to be left up to a Republican Secretary of State who was up for reelection.

A lot of us saw him as a hero for standing his ground against Trump who tried to bully him into finding votes for him. He was barraged by Trump supporting Senators who also tried to bully him. Quite frankly he did not have to tape the call nor release the call. I found it telling that the former president’s supporters were not mad that Trump tried to bully him and potentially committed a crime, but they were mad he had the nerve to get evidence of it.

Recently Raffensperger met with the grand jury in GA concerning Trump’s criminal culpability. Personally, I hope Lindsey Graham is also in the crosshairs because he also called to intimidate him. Frankly they may not be the only ones. Trump demanded those around him be active in protecting him even if it meant doing something illegal. Lindsey’s call came first. There was no tape but a witness was present to hear what was said. Did he tape everyone else after Lindsey or was Trump the only one he taped?

I have learned my lesson on seeing people as heroes for one action that in essence protects themselves. Sending Marge home for supporting those that attacked our country would have made me say okay maybe he is a hero. In my opinion he chose the option that would help him get reelected. He chose party over country. He is still a company man.

I look forward to what the Grand Jury has to reveal. I smile at the thought of a grand jury investigating Trump.