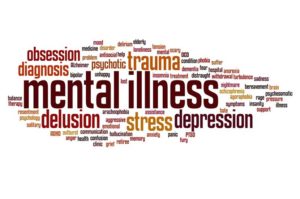 It seems that every time we have a mass shooting one of the Republicans go to lines are it’s not about guns it’s about mentally ill people. We all know that is a practiced line they use so that they can get people focused on the shooter as a mentally ill villain that could not control his actions; therefore, gun reform would be ineffective against a mentally ill person.
I wonder where this logic is with immigrants? Could it be that if an immigrant harms someone (which is rare compared to mass shootings) it’s not their fault? Could they be mentally ill? I could be wrong, maybe it’s possible they have defended immigrants in that way when I wasn’t paying attention. Now, however, it’s the reason people need to buy guns. It’s one of the reasons they wanted to spend twenty billion dollars on the wall.

Why can’t we have the same attitude when it comes to a woman’s uterus? They feel quite comfortable on doing what they can to stop abortions even though they know from the past if a woman wants one, she will find a way.

It seems to me that Republicans no longer defend Americans. We have come under a new time where they can do and say anything and still get reelected. Well maybe not orgies or cocaine but you can be an accused sex trafficker or even pedophile and still be represented by the Republican party. The voters are in an echo chamber that tells them everything we say is a lie. This bothers me. I don’t know if people see the danger there is in that. Part of our society does not care about what is right or wrong. If they are not told the information from a far-right source, it is a lie.

According to their propaganda immigrants are the thing we should fear the most. Then there is Antifa which is a concept not a group. If it ain’t guns they go in hard. Why can’t they use the same energy they use on the imaginary immigrant threat and use it to protect our children against the real gun threat. Honor your damn oath!