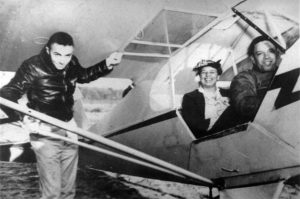 The noxious miasma of racial segregation had woven itself into the fabric of our society.

There were “Jim Crow” laws.

These were atrocious laws that forced segregation into many parts of the United States. They were actual written laws. And there were hidden atrocities under the term, “restricted.”

As a child, we took a Southern road trip. I was horrified to see water fountains that were dirty and far away from cleaner water fountains. These so-called public facilities were labelled, “colored.”

My beloved Uncle Lester served in the Signal Corps in World War II. He had two close buddies and the three young men had trained together and bonded as brothers. One was African-American. Before going overseas, they had decided to have a quiet “family” dinner in a nice restaurant. They were in uniform and were stopped at the door. The host informed them that their Black brother could not enter. After loudly voicing their disgust, the host said that he could eat in the kitchen while the white soldiers ate in the dining room.

My uncle walked into the dining room and loudly proclaimed, “We’re about to go overseas and this man will not allow us to eat here.” Other diners registered shocked expressions and comments.

The three of them strode defiantly away from that restaurant.

People of color were kept from using many places that were open to the public, such as libraries, theaters and restaurants.

Even military service was severely restricted. In the early days of World War II, African Americans were relegated to non-combat roles. They were assigned to being cooks and laborers. They could unload transport vehicles and dig ditches. Even their living quarters, medical facilities and mess halls were segregated and not of the same quality.
Along came the “Tuskegee Airmen.”

It was 1941 when the U.S. Army’s African-American pilot program began. This courageous all-Black flying unit trained at the Tuskegee Institute in Tuskegee, Alabama (incidentally, the institute was founded in 1881 by Booker T. Washington, the great Black educator, philanthropist and author).

More than two thousand pilots and navigators completed training at the Tuskegee Institute.

Not a single one of the bombers that were escorted by the squadron was brought down by enemy fire. There is no other squadron in U.S. history that can claim this record.

It was March of 1941. The first lady of the United States, Eleanor Roosevelt, visited the pilot training program in Tuskegee.

The Secret Service was not thrilled when Ms. Roosevelt insisted on flying with one of the airmen.

Charles A. Anderson was the chief instructor at Tuskegee. Her Secret Service anxiously watched as the first lady hopped into the back seat of this Black pilot’s plane and took off into the Alabama sky. They soared for over an hour.

When Eleanor returned to Washington, she presented a photo of herself with Anderson to her husband. She insisted that the President formally confirm that the 99th Squadron was to be assigned combat missions. The color of their skin did not prevent them from being courageous, patriotic and superb aviators.

She made sure that her visit and ride with Anderson was well publicized. In the years that followed, Chief Civilian Flight Instructor Charles Alfred Anderson became well known as “The Father of Black Aviation.”

Eleanor continued to support Black aviators and corresponded with several of them. Her flight demonstrated her confidence in the competency of the Tuskegee program and the great pilots that it produced.

Indeed, along came the “Tuskegee Airmen.”

And along came Eleanor.