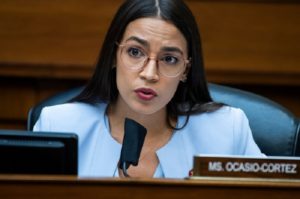 Representative Alexandria Ocasio-Cortez didn’t hold back on Friday when she decided to call out a couple of her Republican colleagues on Twitter. The New York representative asked a few of them if they’d asked for pardon following the January 6th attack on the Capitol. AOC’s remarks came one day after the first January 6th Committee’s public hearings were viewed live by over 20 million Americans.

AOC kicked off the Twitter feud after Rep. Matt Gaetz (R-FL) went after Rep. Jamie Raskin for his involvement on the committee. “Hey @mattgaetz while I have you responding to my tweets, can you respond to one more for me: Did you ever ask Trump for a pardon? Let me know in the replies! You clearly know where the button is,” Rep. Ocasio-Cortez responded. Gaetz never responded.

“Hey quick question Boebert, did you ask for a pardon after tweeting the Speaker’s location on Jan 6th?” asked the NY congresswoman. She also added, “Maybe your friend @RepMTG can answer! Did either of you seek a pardon? Just trying to clear some things up.” Boebert, who holds the title as Colorado’s dumbest congresswoman, replied, “Ok Sandy, $5 a gallon gas, 3+ million illegals crossing our southern border, no baby formula, inflation higher than it’s been in both of our lifetimes, and this is what you want to talk about?”

Honestly, shout out to AOC for doing the Lord’s work most of us need at this time. Notice that nobody just flat out said “no.” The Committee’s public hearings will begin again today.