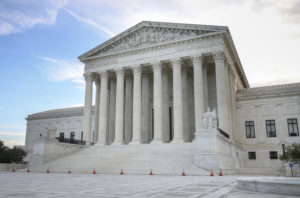 In 2022 America the power plants have more rights than women thanks to the US Supreme Court. Yet again, the 6-3 conservative majority SCOTUS has ruled, this time curbing the Environmental Protection Agency’s ability to regulate carbon emissions from existing nuclear power plants. The decision is a major defeat for the Biden administration’s efforts to drastically cut emissions while scientists have been extremely vocal about the acceleration in pace of climate change.

Furthermore, the court’s decision cut the EPA’s authority by invoking the “major questions” doctrine. The ruling will impact the federal government’s ability to regulate other areas of climate policy too, including issues related to worker safety and the internet. The latest SCOTUS decision sent shockwaves throughout the federal government, and threatens any action by the EPA that is made without clear authorization from Congress.

Chief Justice John Roberts wrote the opinion for the court, where he stated that there was skepticism regarding the EPA’s claim that the law “empowers it to devise carbon emissions caps based on a generation shifting approach.”

“Under our precedents, this is a major questions case,” Roberts wrote. He followed up by adding that “there is little reason to think Congress assigned such decisions to the Agency.” Roberts also wrote how capping carbon emissions and pushing the nation towards a shift away from coal could be a “sensible” solution; yet discussing the law in question, the Chief Justice wrote, “But it is not plausible that Congress gave EPA the authority to adopt on its own such a regulatory scheme.” Justice Elena Kagan, who wrote the leading dissent for the three liberal justices, said the ruling “strips” the EPA of the “power Congress gave it to respond to ‘the most pressing environmental challenge of our time.'”

“The Court appoints itself — instead of Congress or the expert agency — the decision-maker on climate policy,” Kagan wrote. She concluded, “I cannot think of many things more frightening.”